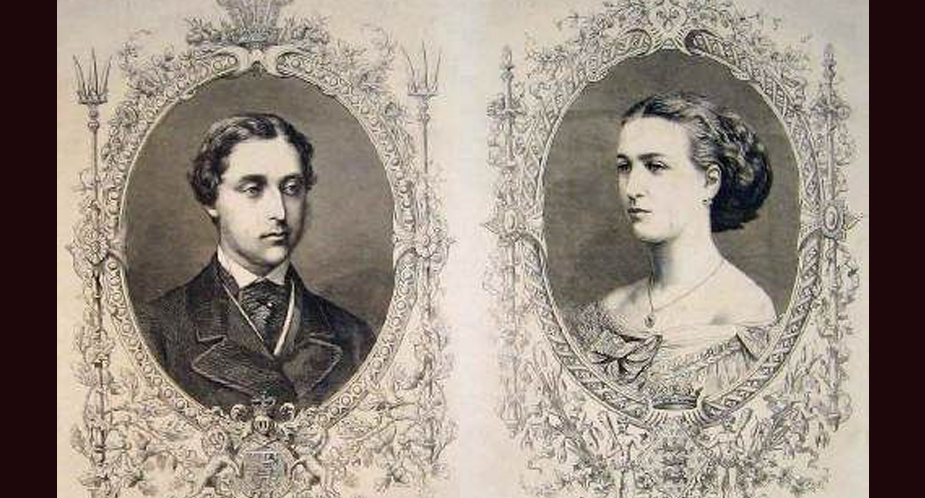 ..Lillie Langtry’s nickname, the “Jersey Lily”, was taken from the symbol of her home in Jersey, the Jersey lily flower.  Painter Millais called his portrait of her “A Jersey Lily” and the name stuck.  It was so popular when exhibited at the Royal Academy that they had to rope off the crowds.

Lillie’s popularity grew as she was invited to more and more social events as a result of the portraits.  in 1885, the Prince of Wales, Albert Edward “Bertie” who would become King Edward VII at his mother Queen Victoria’s death, arranged to sit next to her at a dinner party given by Sir Allen Young, shortly after Lillie and her husband Edward were married in 1877.  Husband Edward was seated at the opposite end of the table.

Although the Prince was married to Princess Alexandra of Denmark and they had 6 children, he was a well known philanderer.  Infatuated with Lillie, he made her his mistress, and presented her to his mother the Queen.  Princess Alexandra never showed jealousy, and accepted and acknowledged Langtry’s relationship with her husband.

(Photo:  “Bertie” and Alix, married as Prince of Wales, later became King Edward and Lillie Langtry was openly his mistress)