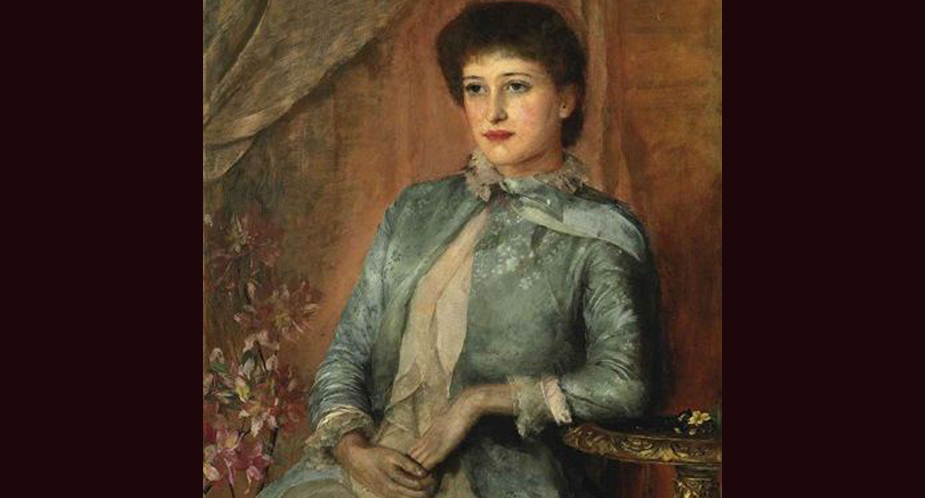 …was spurred on by the admiration and imagination of the men she met.  She recounted her introduction to fame in an interview in 1882 with a London newspaper:

“It was through Lord Raneleigh and the painter Frank Miles that I was first introduced to London society … I went to London and was brought out by my friends. Among the most enthusiastic of these was Mr Frank Miles, the artist. I learned afterwards that he saw me one evening at the theatre, and tried in vain to discover who I was. He went to his clubs and among his artist friends declaring he had seen a beauty, and he described me to everybody he knew, until one day one of his friends met me and he was duly introduced. Then Mr Miles came and begged me to sit for my portrait. I consented, and when the portrait was finished he sold it to Prince Leopold. From that time I was invited everywhere and made a great deal of by many members of the royal family and nobility. After Frank Miles I sat for portraits for Millais and Burne-Jones and now Frith is putting my face in one of his great pictures.”