Fashion of the Old West is based on (in this order):  real articles of clothing, photographs, portraits, paintings by Western artists, sketches, journals such as explorers or land records, obituaries, diaries, newspapers, magazines, notes in Bibles property ownership records, word of mouth, stories, & legends.  Some, like the record of how many dresses a woman left in her will, are accurate.  Others, like the story handed down by your great-grandmother or the story of Calamity Jane & General Custer, have to be interpreted.

Design & depiction of fashion of Western America fashion must put all those odds & ends together, along with what is known about influences, environment, availability, attitudes, culture, values, & assumptions about the person or people being studied & depicted.  There are whole professions, notably Anthropology, which study these factors.  Yet other professionals such as Museum Curators spend whole lifetimes gathering & studying the clues of fashion.

For our purposes for depiction, we must trust the research of those professionals, & draw the best conclusions we can based on which facts are known, but add Grandma’s stories to breathe life into our depictions.  Our projects will assume fashion for depiction is based on one of the factors below.

A)  Fashion and/or the concept of fashion of the day was physically carried from the east coast (originating from the same influences as Easterners), & then modified or adapted to suit the culture, time, place, or activity;

This starts with the assumption whatever the current trend of the east is being carried west, & will focus on those factors which would cause them to be modified; e.g. materials, patterns, or communication unavailable;

It means fashion will almost always be 1 or 2 years out of style compared to the east;

Designs based on this assumption will end up being modifications of whatever was in style in the east a couple of years prior to the depiction.

B) Clothing was origined out of local materials; e.g. furs, leathers, & therefore based on the same influences as men’s fashion such as evolution of the cowboy ensemble, almost strictly for function;

These projects will be researched & developed per project by specific region, working with our subcontractors who specialize in indigenous materials;

The American Cowgirl in particular demands research into male clothing & its adaptation for women.

C) Fashion design & clothing was a combination of above; e.g. western innovations like denim jeans which arise out of functional need; yet using modern technology of fabric, dye, & production that comes from the east which combines local availability of fur, skin, or locally made fabrics or materials (such as spun or woven yarn) with those of mass production or import;

This will be the result of very specific character of research, since it combines extensive historical data as to fashion of the day PLUS the specific geographic region including all aspects of the time & place;

It cannot be generalized.

Silhouettes intentionally choses not to develop “D”, as the world of ancient & Indian cultures is vast & complex, &  can take a lifetime, although influences of such will be considered with characters where that is pertinent.

Women of the American Old West had to be resourceful to cope with the elements that surrounded them: the harsh conditions, lawlessness, & living in an age where there were few amenities. Some women took to the gun as readily as any man, while others made lives for themselves apart from dignified society. But for women who made the trek west with their families, their lot was in raising children, running a household (that included food processing, candle & soap making, spinning, weaving, knitting, etc.), establishing schools & churches, & occasionally, warding off Indian attacks. Some were deeply involved in human & voting rights (the suffragette movement).

Design & depiction of fashion of Western America fashion must put all those odds & ends together, along with what is known about influences, environment, availability, attitudes, culture, values, & assumptions about the person or people being studied & depicted. There are whole professions, notably Anthropology, which study these factors. Yet other professionals such as Museum Curators spend whole lifetimes gathering & studying the clues of fashion.

For our purposes for depiction, we must trust the research of those professionals, & draw the best conclusions we can based on which facts are known, but add Grandma’s stories to breathe life into our depictions. Our projects will assume fashion for depiction is based on one of the factors below.

—— INTERESTING FACTS ABOUT THE OLD WEST ——

We have intentionally selected 1882-3, because the “fishtail” bustle era had just ended, and it was a short period of simple draping over the rear end with no bustle before the large “horse hind” bustle would take over late 1884. 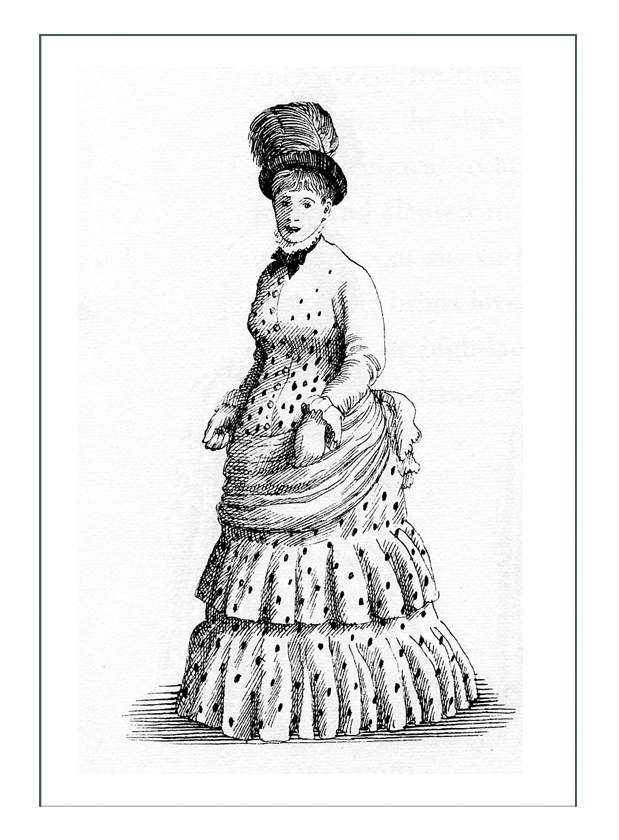 The other advantage of the era is that a very inexpensive, plain cotton 1 or 2 piece dress was worn for daily use AND for dress up. Draping methods in 1883 were numerous and anything from a simple roughed over apron to elaborate folds & bows in the back were acceptable. This means one dress could have several different drapes to serve different needs & still be completely historically correct.

Bodices could be 2 piece with inserts or chemisettes instead of full blouses, which allows flexibility in the costuming, & ability to clean just worn inserts the same as they would have at the time, while leaving the main garment unwashed.

Using interchangeable aprons, skirt overdrapes, collars, cuffs, & petticoats allow the interpreter to use the same basic gown for 2-3 different interpretations, and to keep the cost down for the initial purchase, while adding pieces as desired as time goes on and more interpretation ideas are thought up. Hot summers, wind, and cold snowy winters would need two garments per woman plus 1 dress up.

Basic garments need to be very simple and uncharacteristically plain for the era. Typical at the time were extremes in use of trims, ruffles, fringe, etc. These people would have been much more efficient in use of their clothing than those to the east.

Economy would mean wearing the same bodice and changing the skirt by function (e.g. split skirt for riding, but long dress with overskirt for dress up). Accessories and especially sentimental jewelry hats and bonnets would be key to changing for activity and keeping up with style. Small accessories would have been imported, but hats and bonnets most likely locally made.

Footwear, though not in general fashion, would be tie up the front ankle high boots with a flat to 1″ heel, cotton stockings over the knee or held with garters to keep the corset down and the stockings up. 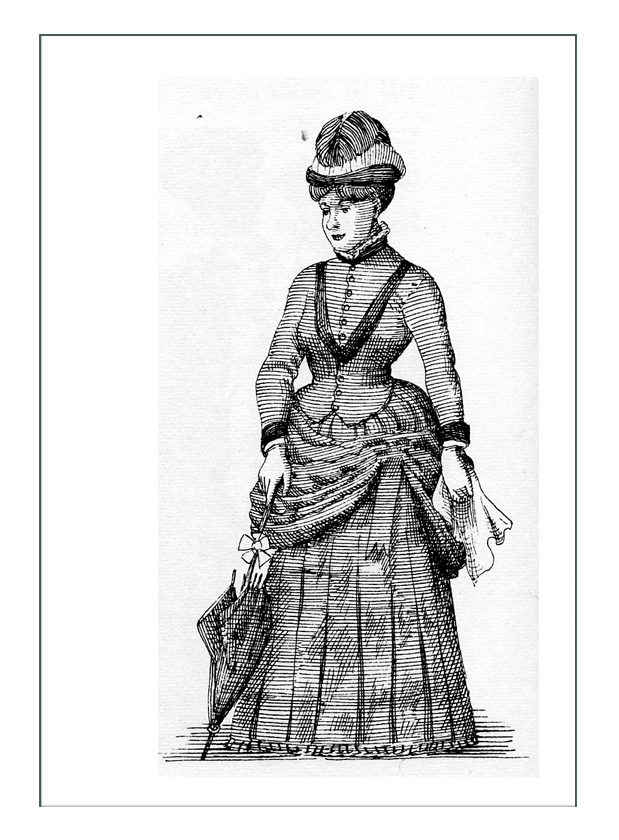 RECOMMENDED USE OF HISTORICAL & NATURAL MATERIALS

Using plain (unembroidered or detailed) fabrics of the era and simple patterns also allows us to make the garment fast to meet tight deadlines. Use of cottons also allows under or over dress for the weather. Please note it is our goal in this business to give the wearer the most authentic experience as possible. This means everything from undergarments up need to be of the same material, design, cut, and method of wearing that would have been in 1883. 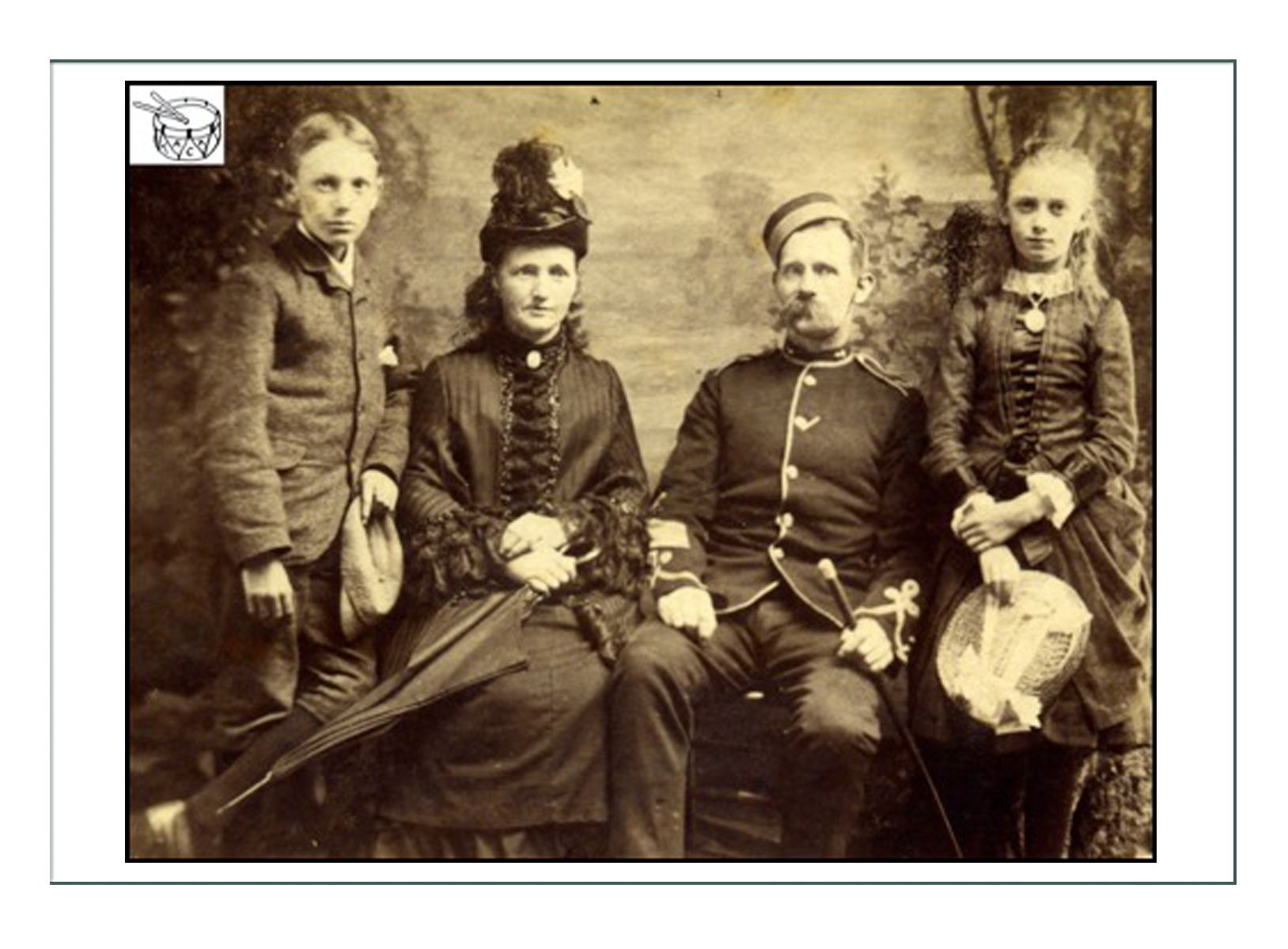 For that reason, we recommend taking the time and cost to do the authentic corset, although we are quoting a theatrical corset to save time and money. While our corsets are designed for the modern body, and do not attempt to shape the body as they would have at the time, the authentic corsets are made of natural fabrics which breath and react to conditions and weather.

Theatrical means “non-authentic” materials & construction. If theatrical is selected, it will be made of polyester/cotton with metal powder coated and/or plastic boning. Because these will not give authentic feeling, we recommend selecting all historic garments.

Some pre-made ruffles and ribbons may be of synthetic materials due to the prohibitive cost of silk and embroidery and the time required for hand detailing, although the latter is available on request. 100% cotton or silk thread will be used for all hand stitching. This era was machine sewn including mass produced trims and details. Machine sewing and embroidery will use polyester thread for durability. 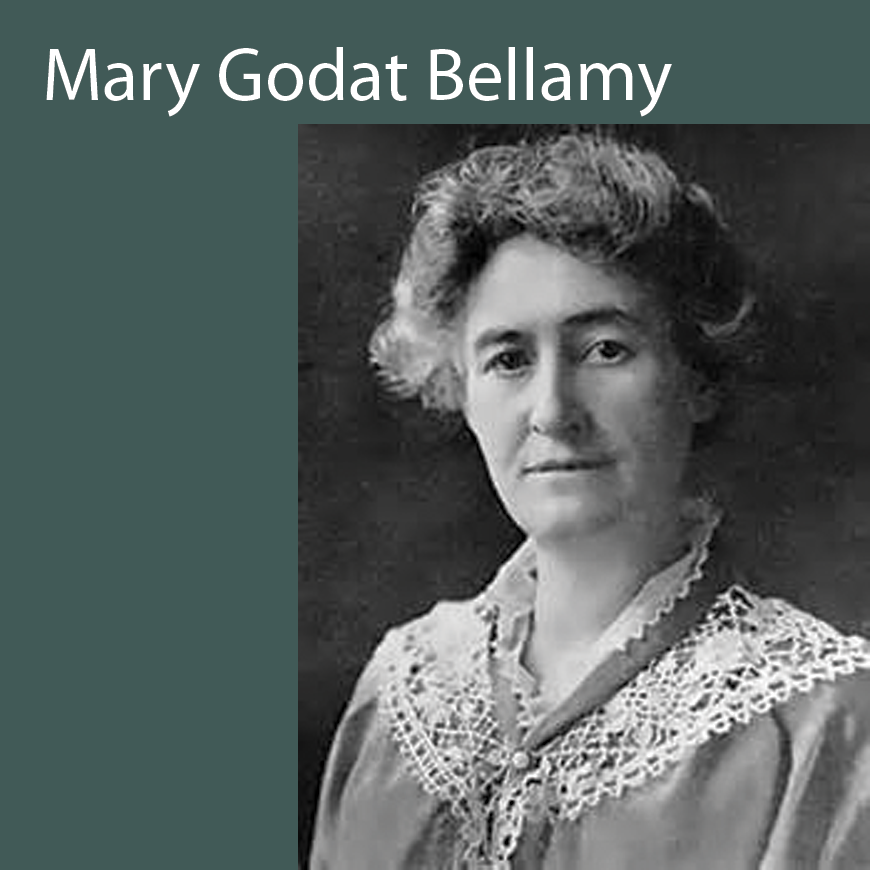 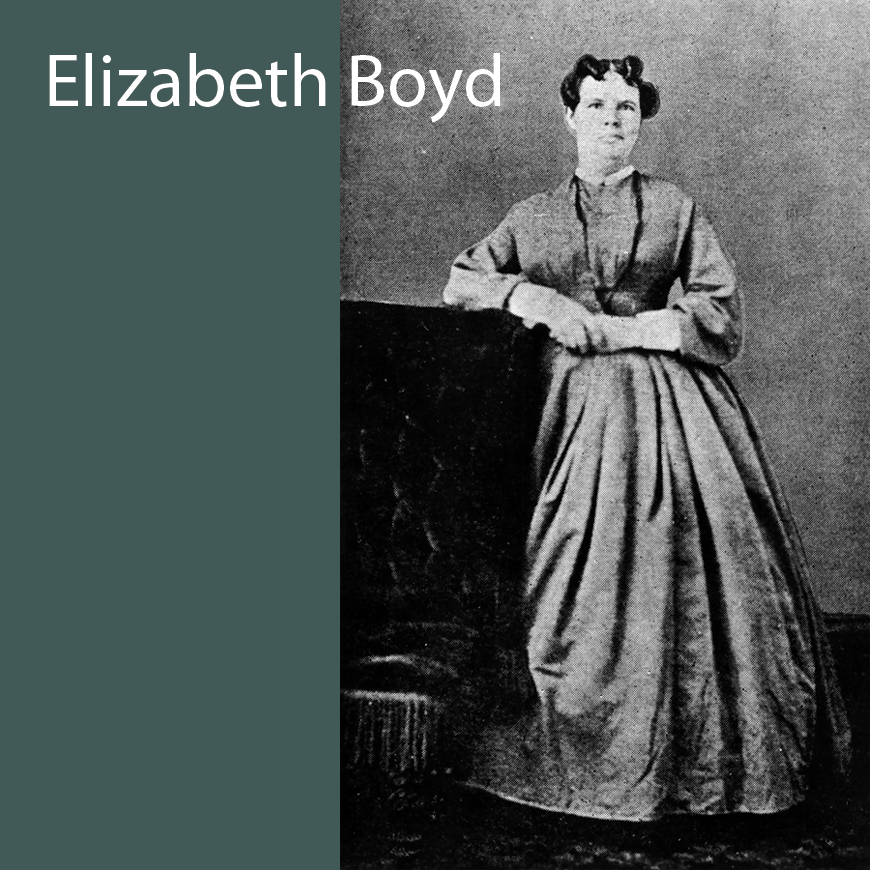 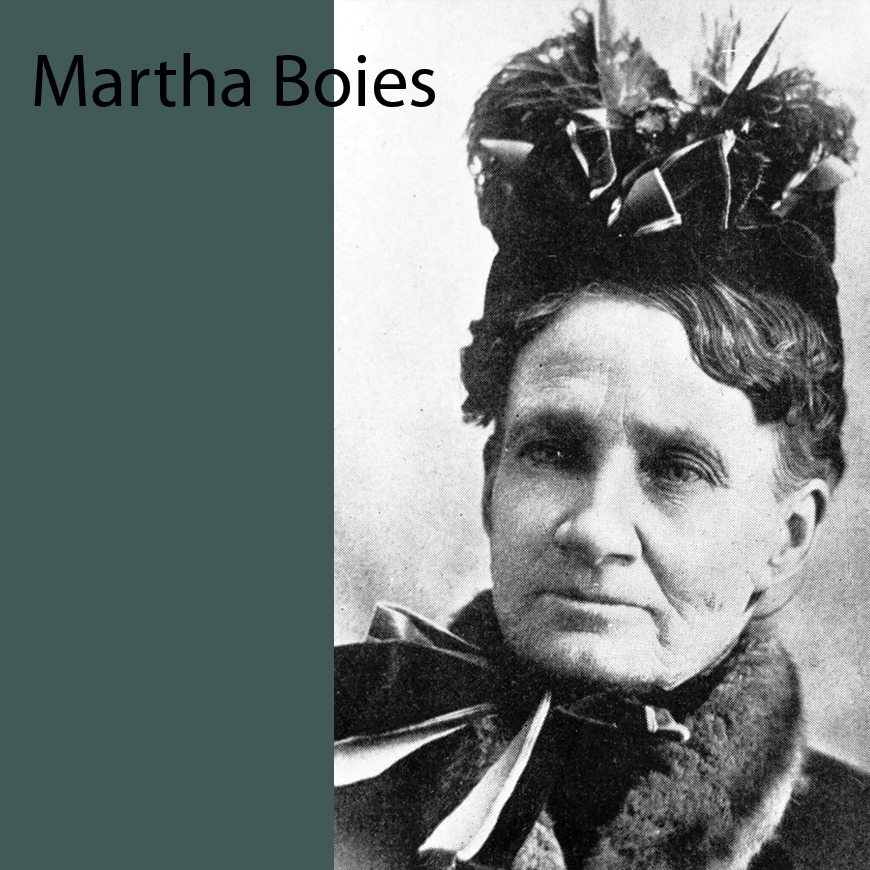 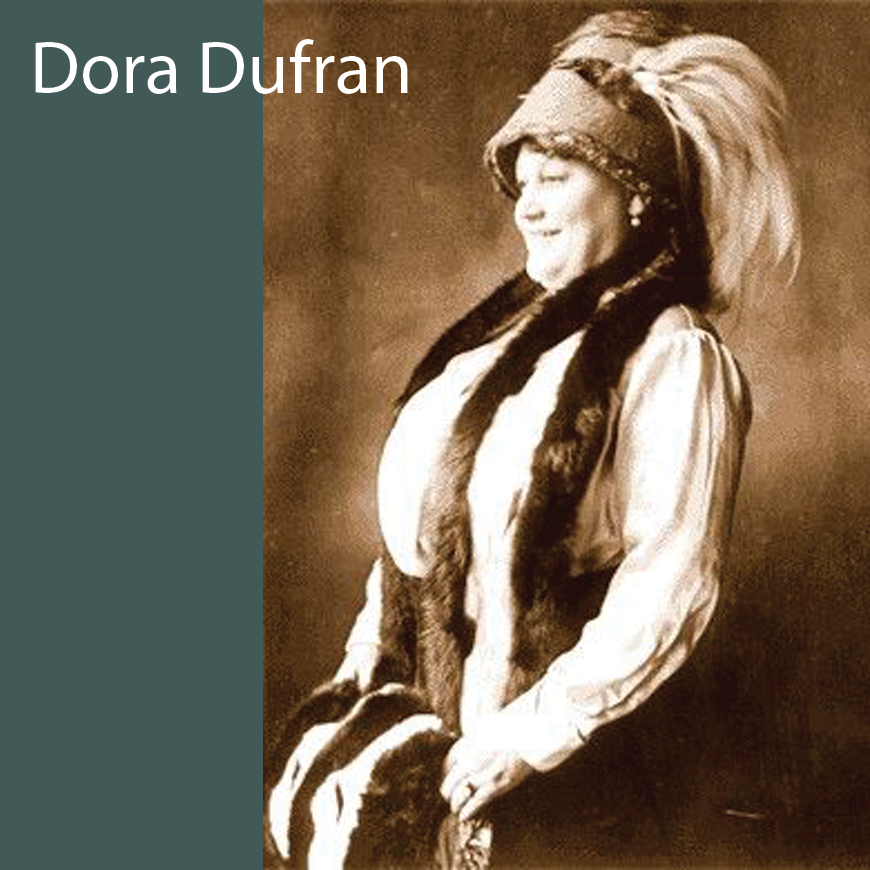 Dora (now called “Dora” again) picked up several girls who arrived in Deadwood via a wagon train led by Charlie Utter.  Dora is credited with coining the term “cathouse” after Charlie brought her a wagon of cats for her brothel to clean up the mice.

Calamity Jane worked for her (“Martha Jane Burke”); her main competition was a deadwood Madame Mollie Johnson.  She had several brothels over the years; most popular being “Diddlin’ Dora’s” in Belle Fource, SD which advertised itself as the “Three D’s – Dining, Drinking, & Dancing – a place where you can bring your mother”.  Cowboys who visited the place responded by stating “I wouldn’t want my mother to know I had ever been there.”

Dora’s other brothels were in Lead, Miles City, & Sturgis SD or MT.  She was a successful brother owner until the day she died. 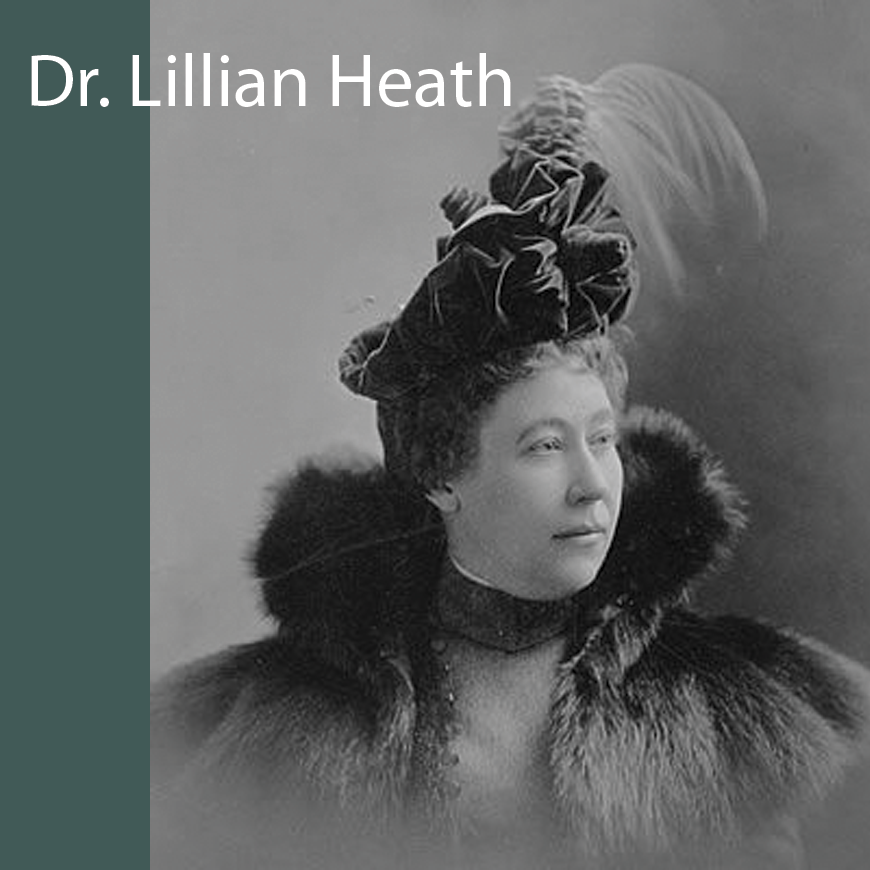 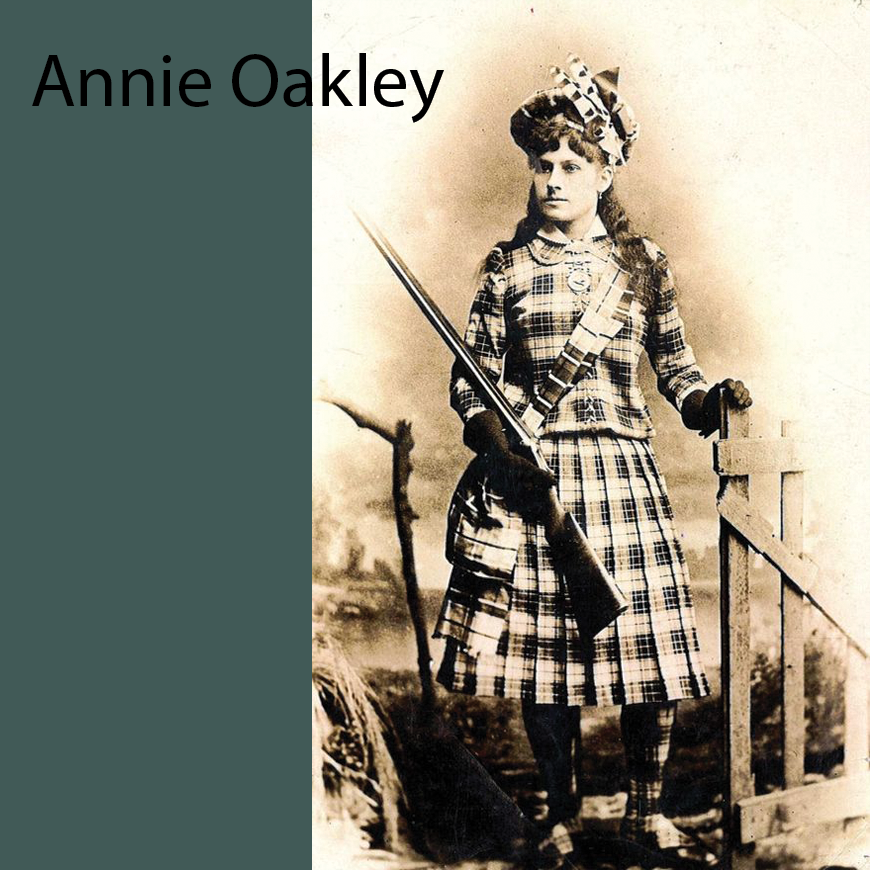 Together, Frank Butler & Annie Oakley created a show & traveled around the country giving shooting demonstrations, even joining the circus as “champion rifle shots.” The husband & wife team joined Buffalo Bill’s Wild West show in 1885 & toured with Bill Cody for 16 years.  The Wild West show was a  celebration of the “Old West” which  included skits of stage robberies, gunfights, & military exhibitions.

Though most heroes of the “Wild West” were men, Buffalo Bill’s show highlighted Annie Oakley’s abilities, & she became one of the most famous women of the West.  Her nickname, “Little Sure Shot”, was given to her by Chief Sitting Bull who was so amazed by her skills.Annie  was severely injured in 1901 when the train that carried the Wild West show collided with another & she became partially paralyzed.  She performed again but not as the same Annie. She died in 1926, a few years after an auto accident from which she never regained her health. 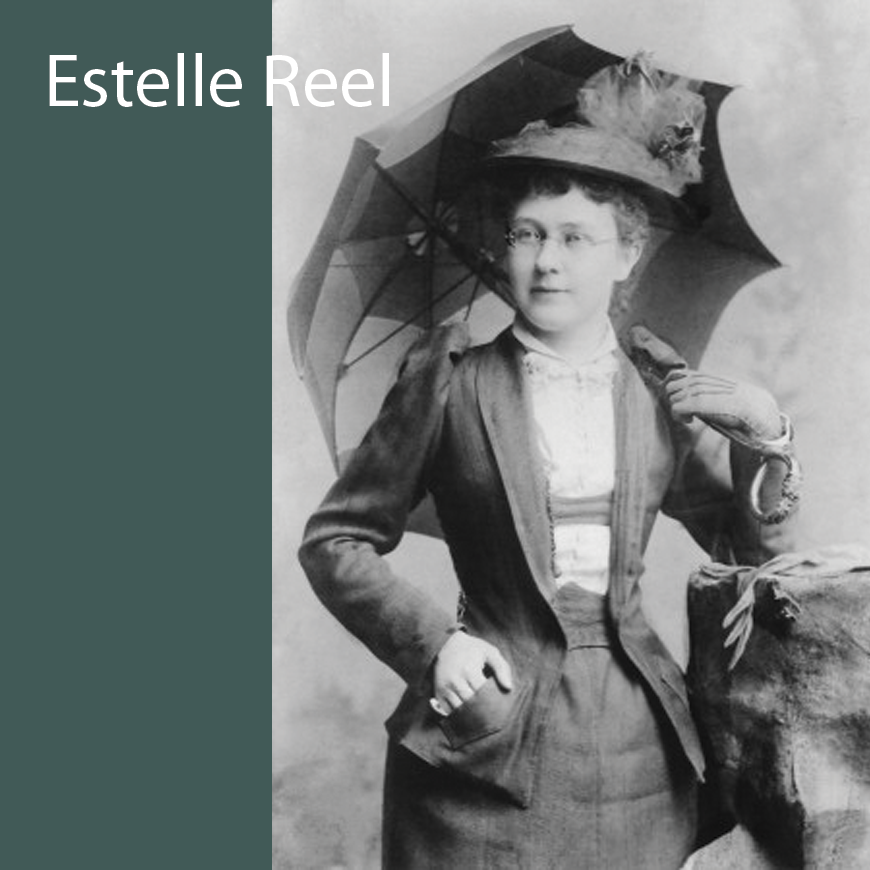 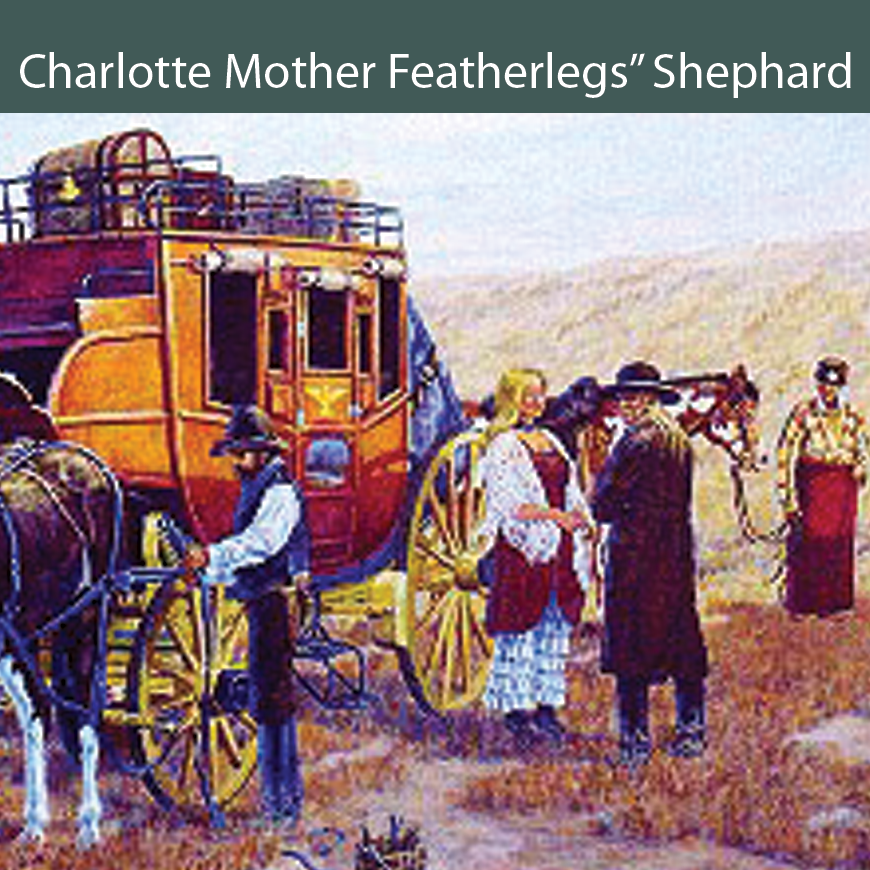 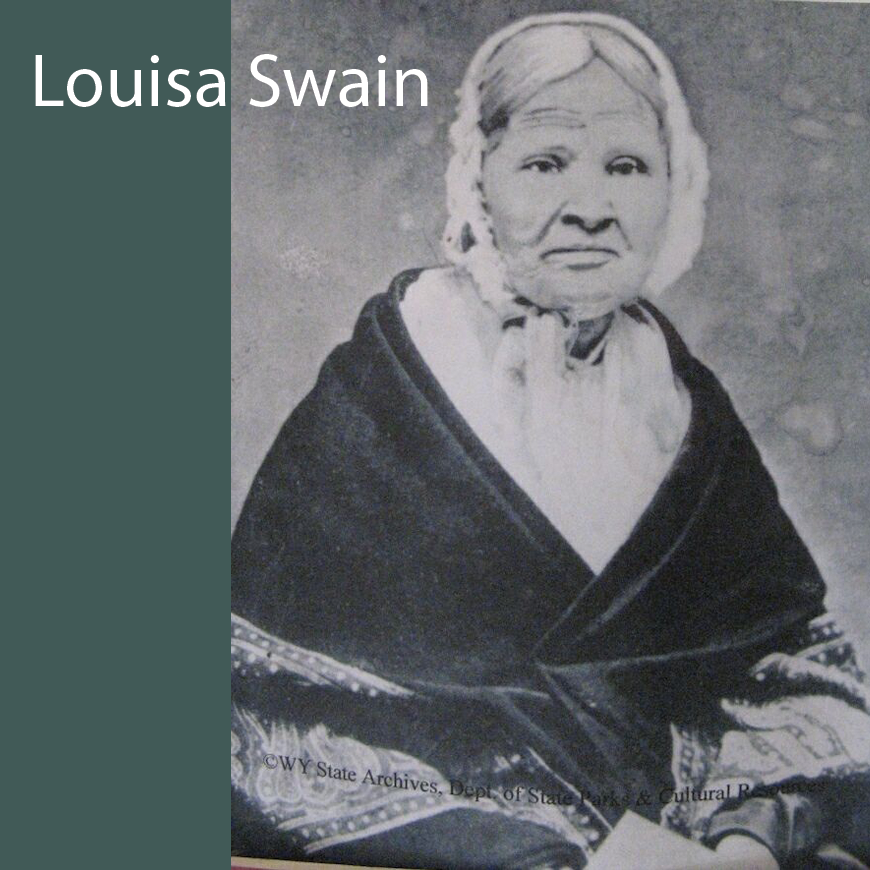 The polling place had not yet officially opened, but election officials invited her to come in & cast her ballot.  On this day, Louisa, a 69 year old “gentle, white-haired housewife Quakerish in appearance” according to the newspapers, cast the very first ballot in the United States under laws giving women full equality to men. 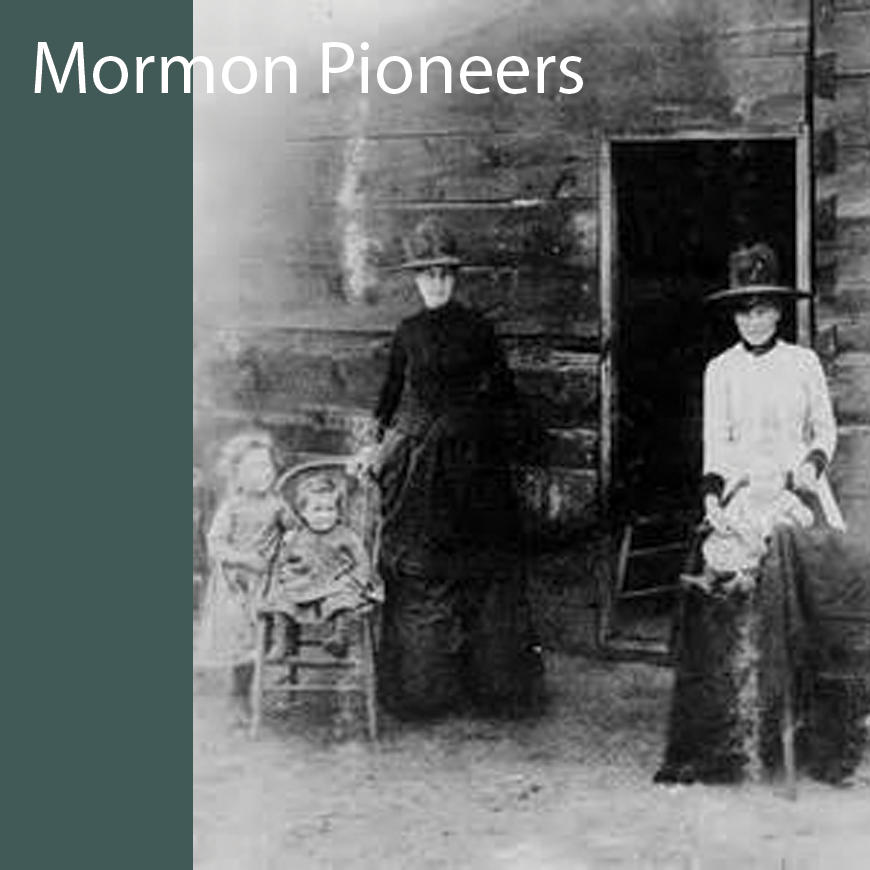 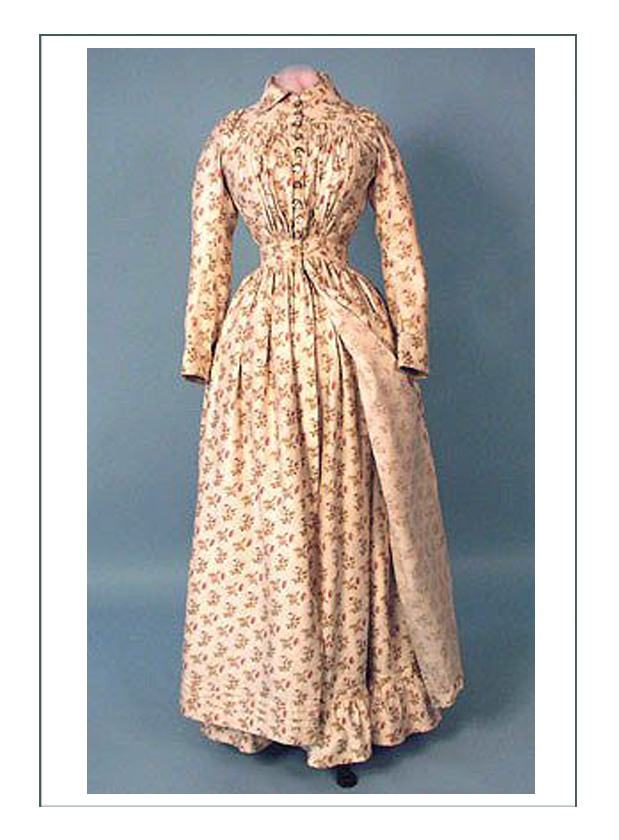 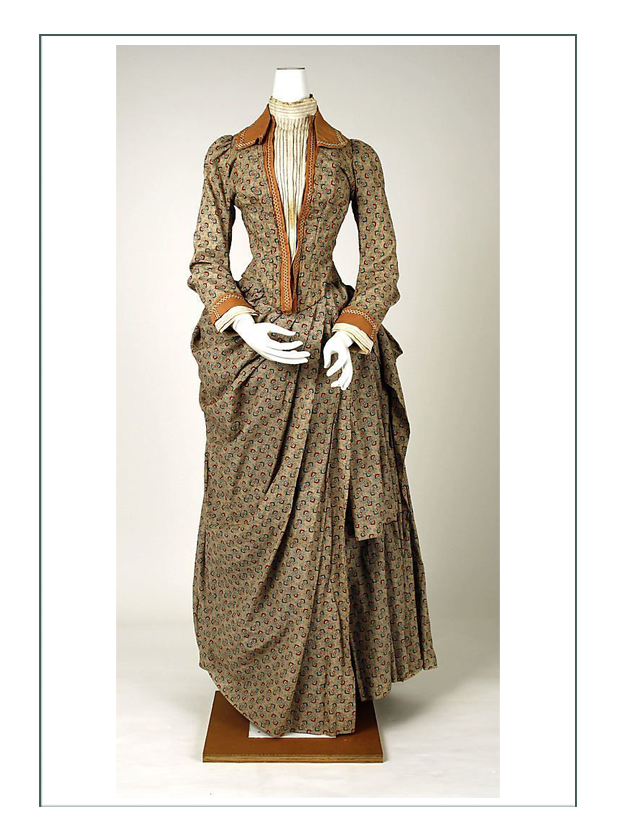 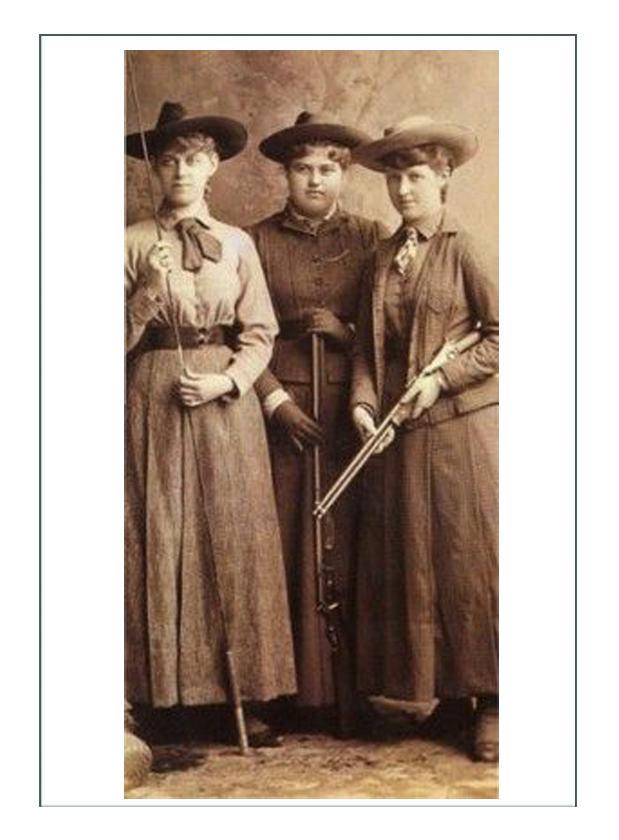 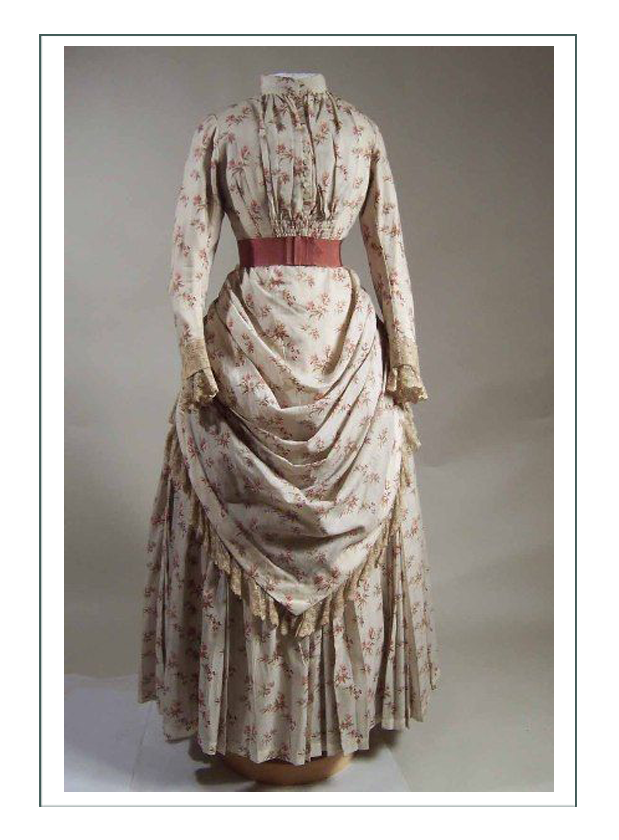 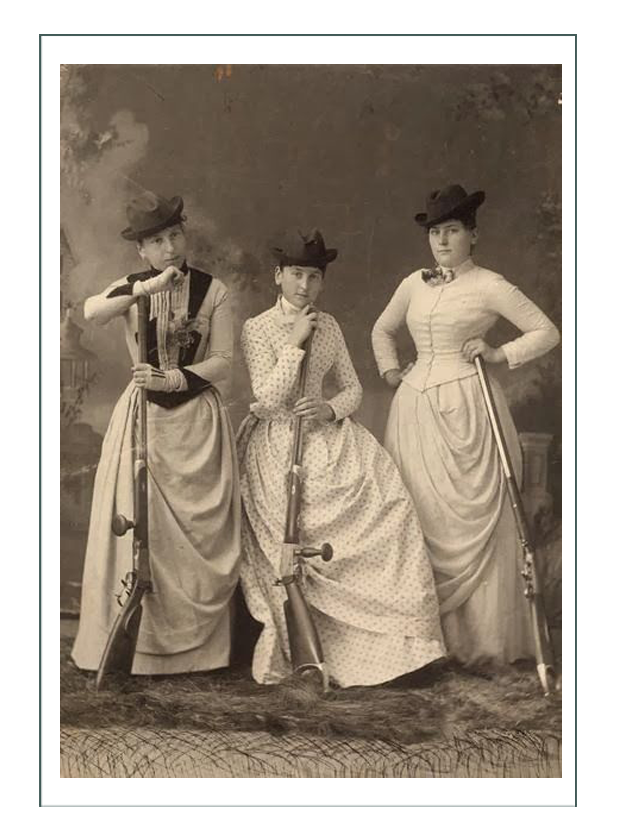 Click to go to Suzi’s Design Development page (next)

Click to go to the top of this page