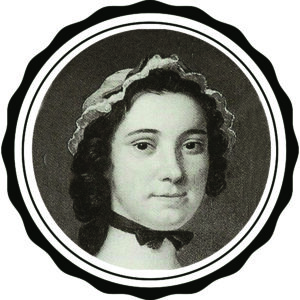 Mary Katherine Goddard was a woman before her time.  While it was common for women to run their father’s businesses privately and “behind the scenes”, this strong minded woman took over the family printing business after her brother, the heir, failed miserably at it.  Having learned by doing, she built the business to be quite successful over the next years.  When the Declaration of Independence was signed, it was Mary who published it in a broadsheet style to be distributed to all the people of the Colonies.  Later she became the first Postmaster of Baltimore.

See the extensive research on her history on the 1770, Mary K Goddard Printer/Postmaster pages. 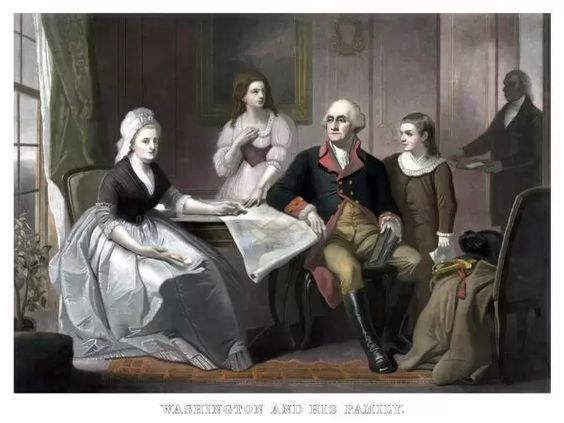 Originally this ensemble was meant to continue the “mix and match” to demonstrate what the working woman of 1770 would be wearing for all situations.  In that, she needed a “party dress”; the one garment(s) she would wear to meet notables (like George Washington later) and the Founding Fathers.  We also needed an example of the higher fashion of the day for our educational programs.

While no wear near the Court apparel of the day, we wanted to demonstrate the undergarments that would be worn for such.  Although paniers were going out of style for daily wear by the 1770’s, they were still being worn at Court.  Cotton in particular was become more available in the Colonies, although printed cottons still had to be imported from India via English ships for the most part.

This ensemble, therefore, would be costly and rare; the kind of thing a woman of rising prominence would war for an audience with the Governor or others. 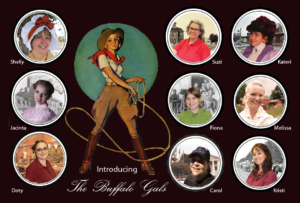 The reason we decided to build an entirely new ensemble “from the bum up” was so that we could have two models show the variety of pieces for one woman at the same time.  The Buffalo Gals who will be wearing this, have 5 “groupings” of sizes.  The first fits the primary ensemble for Mary K.  This will fit the second, taller and more buxom group.  It will allow us in a 30-40 minute show about Colonial Fashion and Lifestyle to show the full range of daily work wear to “dress up”.

We’ve already done extensive research on this very real woman of history.  Please go to the 1770 pages for reference.

We draw upon the fashion history, however, of a different project we have done; that being the Susan Hurlbutt party dress of 1775.  Please go to those pages among others for reference.  They will also bring you back to this page to see the finished project.  There are several links on the Fashion and History page for this project.

A New but Quick Design

Having already researched this era extensively, and built several customer projects like this, it was a simple matter to simply choose the type of gown we have not yet displayed that would have been worn by this person.  Please go to the 1772 Goddard design page for reference on specific choices and options.