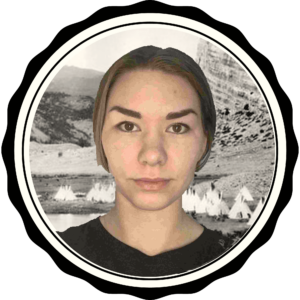 Favorites from the History and Fashion Pages for 1846-1856 Depiction

This is the inspirational portrait for sense of place, plus real photos from Lander: 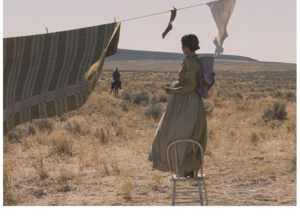 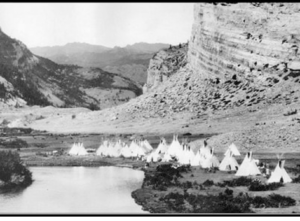 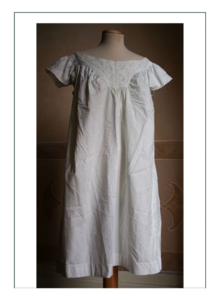 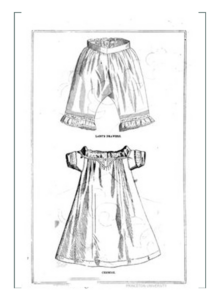 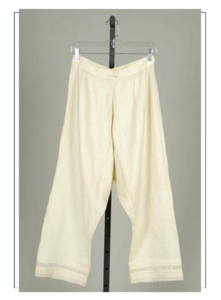 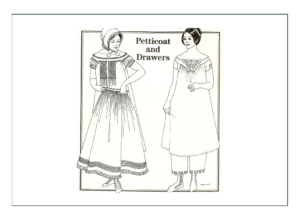 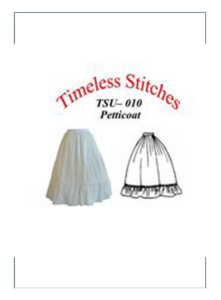 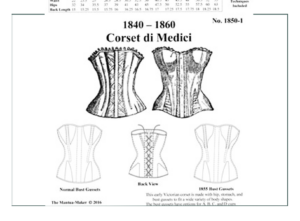 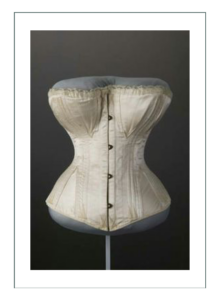 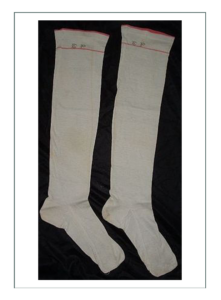 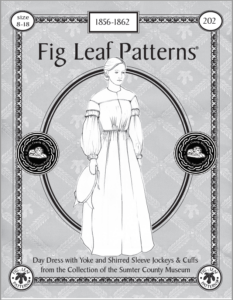 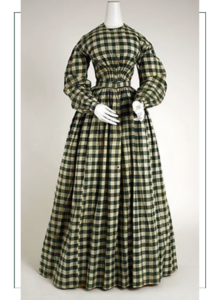 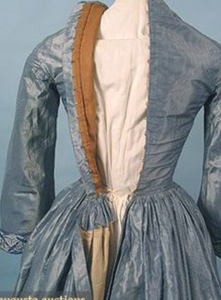 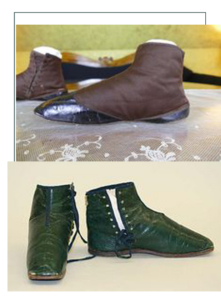 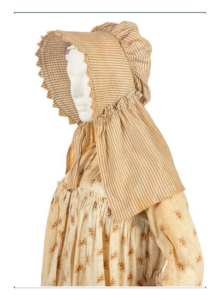 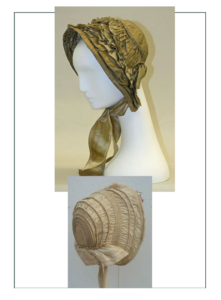 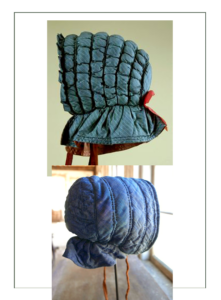 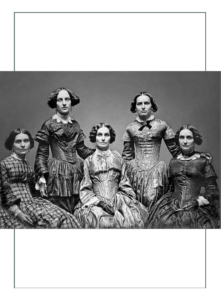 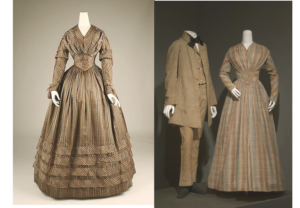 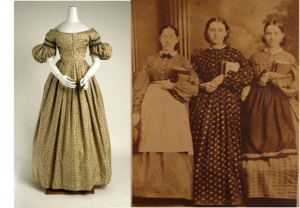 Jessica initially contacted us just to buy fabric.  She was looking for historically accurate materials.  From what we had available, below were the selections.

Drawing from the knowledge outlined in the dyes and colors section of this website, we note that while Queen Victoria had made large plaids very popular, it was more common that a small roller print was being worn.

Colors were in either deep and somber browns, greens, burgundies, and other colors from nature and solid, but small prints were also worn. 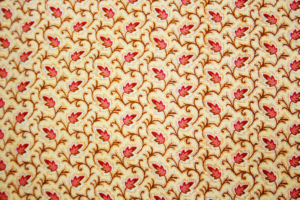 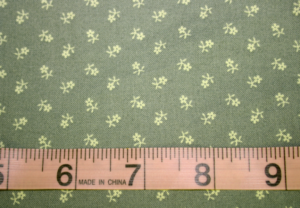 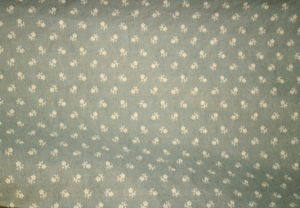 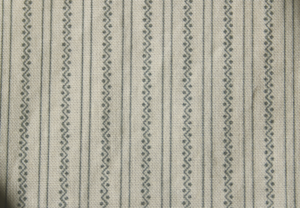 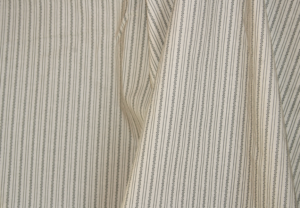 Jessica selected this one as a summer dress.  It is a roller print with indigo and tan dye, and we had lovely mother of pearl and bone buttons to coordinate to offer to her.

Because this is not being done in our usual way, there is no design sketch for this project.  Jessica will be providing her own materials and patterns to build it herself, except for a few of the garments.

We have supplied the research, and Jessica will advise us as to her final decision as to character.  Silhouettes is building the custom corset, and has sold her the fabric and trim for the dress, and stockings, and instructed her on how to make the petticoat.  She is making her own chemise and drawers, and is responsible to find the rest of the accessories such as boots.

Hopefully, she will be able to dress her hair appropriately, and put it all together.

The unique thing about this ensemble is Jessica intends to build it historically accurately – as in (almost) all by hand!  Silhouette’s ends will be by machine, and will use modern materials for the corset.

In summarizing this design, we realized the pattern is stated to be for the mid 1850’s, not the mid 1840’s!  All the individual garments and accessories as per above, we actually have selected the mid- 1850’s anyway, in an attempt to stretch the depiction forward a bit to get more use out of it.

As far as the Lander Trail and the region history between 1845 and 1855 goes, there was not much difference.  For a pioneer woman being the first in the region too, from a fashion viewpoint, she would most likely be wearing her mid 1840’s garments anyway.

The key to this whole project is to remember that women pioneers were typically 5 or 6 years behind current fashion.  That means if the actual depiction is 1856 as per the pattern, then the undergarments and accessories need to be from the late 1840’s.  The many descriptions of 1845-46 fashion in the Fashion History section would still apply.

The main difference would be in the dress between and 1845-46 dress and 1856 dress, but because this is a low class rural and work dress, the high fashion of the day really isn’t reflected in the pattern any way. To be honest, from Silhouette’s research, even though the Fig Leaf Pattern is based on extant garments from the Sumter Museum, the characteristics of the dress itself lend itself to 1846 rather than 1856 as illustrated by the comparison of rural, low class working dresses below:

The Sumter Museum is in North Carolina, and it includes an exhibit or a rural farm built between 1815 and 1836. It has the “Back country Homestead” with events and exhibits.  The other buildings and displays are from 1912 forward, so we’re not sure why a dress from 1856 would be housed in this collection.  Based on our analysis and research, we believe the Fig Leaf Pattern to be from a time 1845-1855, and not the later timeframes advertised.  The lighter colored fabric and small print does represent 1855 though.

Built with the undergarments and fabrics and colors, it should depict the earlier, 1845 era that reflects the settlement of the Lander area nicely, or 1855.

Based on the extant dress examples above, and our historic and fashion research, we place this project and character at 1848-1849, although the undergarments will be more typical of 1855-56.

That means for a Euro or Anglo-American woman, her selection of depictions is still the same based on our research of the region; limited to a woman with a group of missionaries, her military husband mapping and recording, or a trader.   Even if she was an emigrant on the Oregon or Lander Trails, she would only be allowed to pass through and not to settle until after 1872.

Therefore, our choice for Jessica is to be a Trader who works and associates with Indians, military, missionaries, emigrant/pioneers all. e more current fashion and more quality clothing than a woman would have in those other capacities.  Later she might marry and start a ranch or become a  miner or open a bigger store in Lander or South Pass in the 1860’s and 1890’s, but not in 1849.

When construction began on Jessica’s corset, it was our intent to be as accurate to what a woman in 1849 in the Wild West would be wearing as possible, given that it would be machine sewn due to cost and time constraints.

Research showed it was most likely she would be wearing early earlier 1840-45 corset, and that it would be worn and well loved.  Those corsets were more akin to the Regency soft smoothing corsets, than what would be better known in the next two decades.

Part of this was because of the application of the metal busk and grommets to allow for tighter lacing, but it was as much an evolution of the roles and status of women.  With Queen Victoria showing women could lead a modernized country, so did women take heart they could be strong and run farms, businesses, and regions – at least at the time in the West.

Added to that Jessica’s desire to “stretch” her interpretations in order to wear her corset for later and different characters.  She wanted something more in line with the 1860’s waist cinchers with metal hardware, a simple multi-seamed and pieced corset, but with short length and flex for use in working and riding.

We started with the 1855 demi-bust corset (1. below) with that intent, until we found out it was only 4 pieces and had little to no boning nor shaping at all.  It was like a bit heavier version of the soft Regency styles, and featured the woman’s natural body as corsets did in those eras.  Surprising, given Victoria had introduced and made popular the narrow waist and hourglass silhouette concept, courtesy of her French friend Eugenie who was working with Parisian designers to come up with this new ‘stuff” of fashion to satisfy “high fashion costumes”.

This had us modifying what was a “true” and accurate early 1840’s corset into a bit harder, more boned, boning with a purpose, and with metal hardware type of corset (2. below).  The intent was to keep the somewhat long smoothing profile with softness and flex at least at the hips and arm region to become a functional corset, yet to have more seams and so more stiffness vertically through the body.  While still not a waist cincher nor a shaper really, the additional bones gave shape to the corset itself.

After testing crossovers between the demi-gore “Di Medici” 1855 model and later 1860’s models, it became clear that one has to choose one or the other.  You can’t have a short waist shaper plus a long flexible fully functional corset.

We had just figured that out with small bust and hip gores, using a straight but long busk and softer materials with twill instead of double coutil and channels instead of tape when Jessica announced she is pregnant.

Without scrapping the whole design, we looked back to the riding corset we had just built for an 1890’s depiction.  There are no patterns nor examples really of these, since they were usually made from old worn out corsets cut off to suit the activity.  Most of those disintegrated down to the level of rags eventually, and never made it to museums.  Of course no woman would have her photo taken in one of those cut up corsets.  Not even prostitutes on postcards would have done it; they’d have worn their best.

So we were left once again looking at catalogs and diaries of the time which were scant in resources.  We figured if we kept the 4 panel of the Regency with the heavier and yet specific boning patterns in a somewhat light manner, and made it still of metal busk and bone, we would achieve a type of flexible hybrid that would suit for maternity too.

This concept of side lacing had been used extensively in the 18th century, and would reappear in the 1890’s, so why not now?  It made sense a woman in the West might take an old corset and add side lacing to accommodate pregnancy.  The side lacing allows the back support for baby and work, because it does not take away the strength of back lacing.

We took away back lacing though in putting a seam there with strong boning center back.  It’s still flexible though; all the boning is spiral which means it will bend horizontally or vertically.  Some of the boning stops at the waist too.

It’s really more aligned with late 18th century stays, except the gores do allow a more curvy and natural form than Colonial stays.  On the chart below the specifics and evolution of the design are shown in detail.  It turned out to be a lovely khaki green/tan like a Marine’s casual dress uniform.  It should be durable and wear well, but we added support at boning channels just in case the twill didn’t hold up to the bones and tried to pick holes in it.

It’s rather a unique experiment, and one to be watched as Jessica’s baby develops.  Look for photos of the garment (and hopefully Jessica) on her main page. 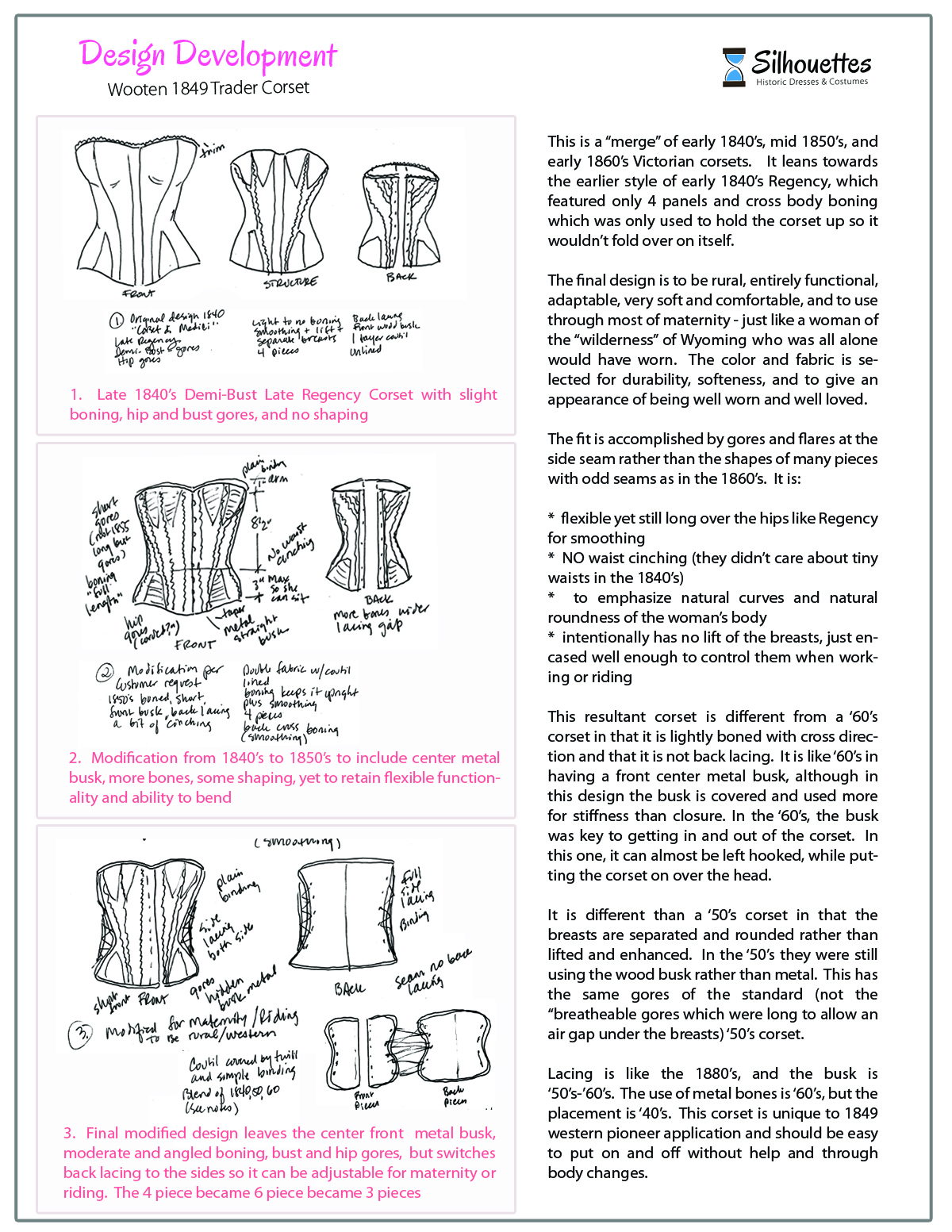 Click here to go to Jessica’s Main Page (next)

Click here to go to the Fashion History page