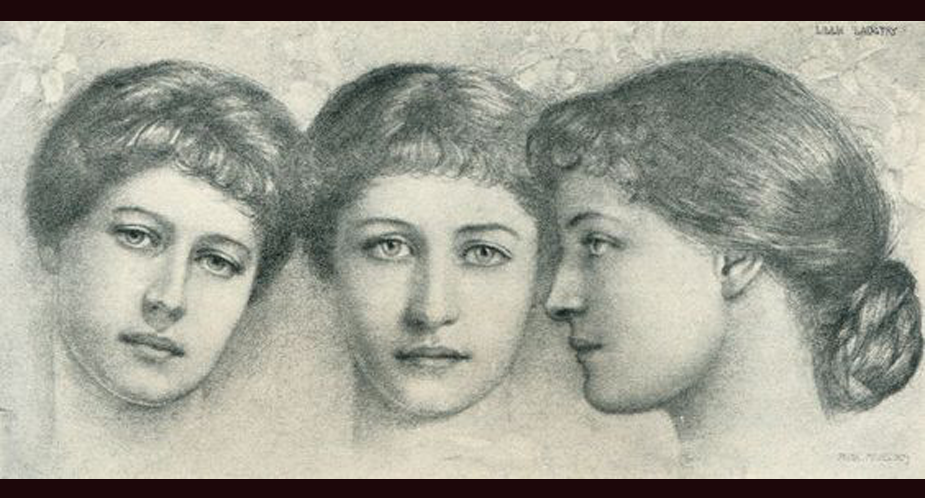 .. taking it by storm.  In 1877 Lillie’s brother had married Alice, the illegitimate daughter of Thomas Jones, the 7th Viscount Ranelagh who was a friend of their father.  She was in mourning on the day of the wedding for her youngest brother who had been killed in a riding accident, so when she met the Viscount, she was wearing a plain and simple black dress with no jewelry.

The “little black dress” would later become her trademark.

That evening artist Frank Miles made a drawing of her that would later become a popular postcard.  Another guest, Sir John Millais, also from Jersey, eventually painted her portrait.

(Sketch: the 1877 portrait of Lillie by Frank Miles)