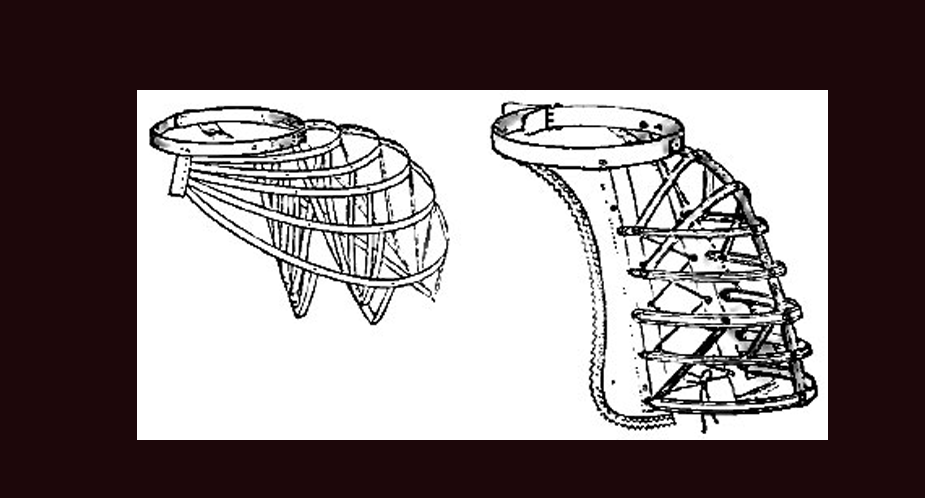 … is not known to the public, although one can assume there were patents somewhere; presumeably in England or France at the time.  There are other models noted as her design; strong and rigid but not folding, which we might assume were early attempts at design.

(Other bustle designs credited to Langtry)