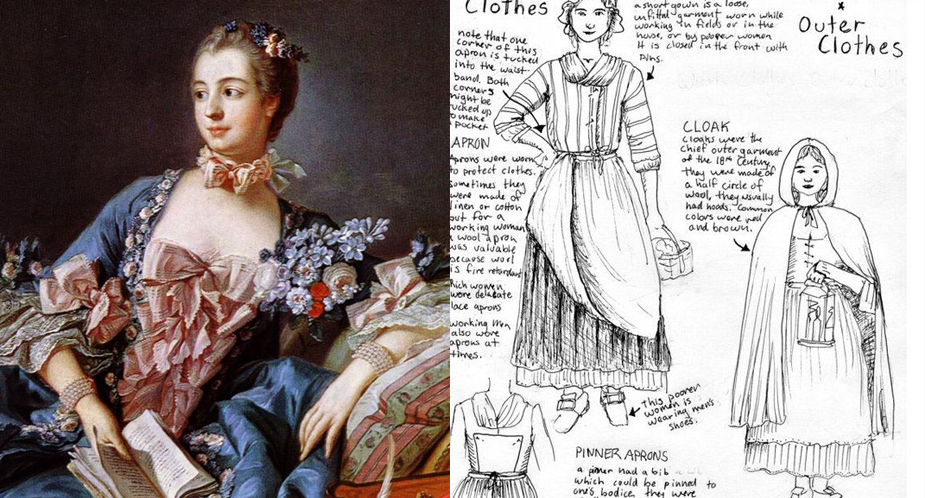 … else, so in the 1770’s, the French demanded all those who had money, should spend it all on French fashion which was made from French fabric, lace, trims, and notions.

In 1775 the French Queen Marie Antoinette wore the highest hair ever on top of her head.  Another woman, a friend of the King, Madame Pompadour, wore a sailing ship over a tall wig.  The French Court Fashion was in excess to everyone else, although the design and styling was still basically the same for all classes world wide.

(Portraits:  High Court fashion of the French such as Mdme Pompadour wore, was really not that different than what the working classes wore (right).  It was just much more elaborate).