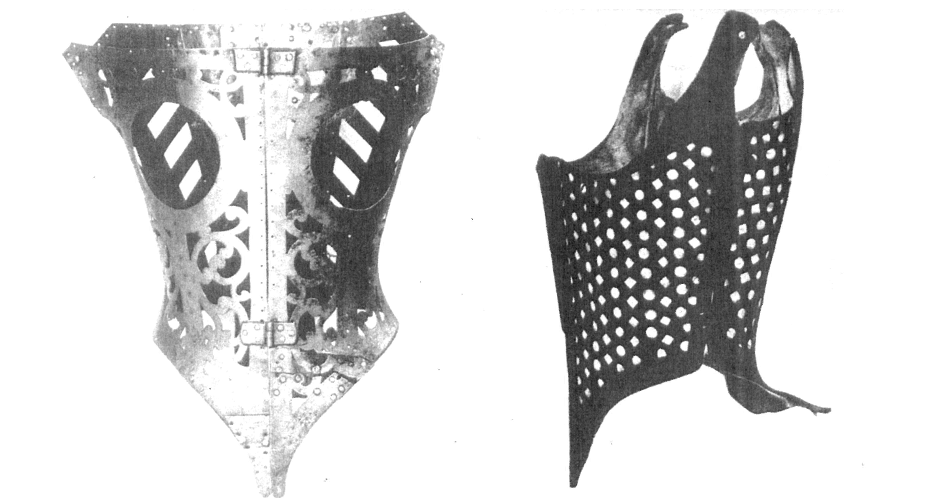 While the iron and steel corset of the Renaissance is believed by some to have begun as an orthapaedic device, examples are more indicative that it was first worn as a female representation of armor, to raise the power and status of women at the time.