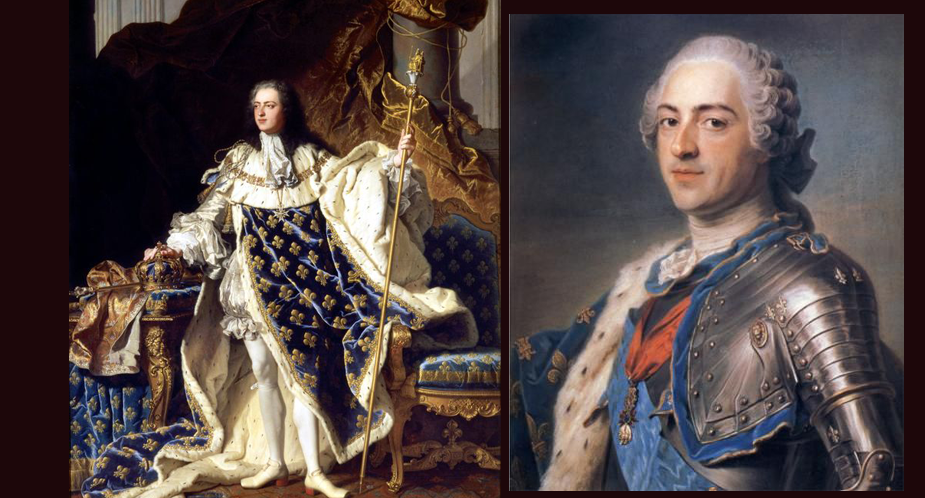 .. was another child king who succeeded his grandfather to the thrown at the age of 5.  History shows that he was a most beloved king “la roi bien”, but was attributed with the disintegration of the strength of France, as his continuing internal struggles with Parliament, religious feuds, & wars with other European countries led to financial trouble, dissent & eventual revolution 15 years after his reign.

Married by arrangement at the age 13 to the “Infanta Maria” of Spain in attempt to create alliance, he did build a highway system & infrastructure.

It was his mistress, Madame Pompador, who would bring France to the height of fashion – literally, as she established the concept of the huge panniered Court dress with outrageous hairstyles, ornamentation, & flamboyant lifestyle that other women emulated.