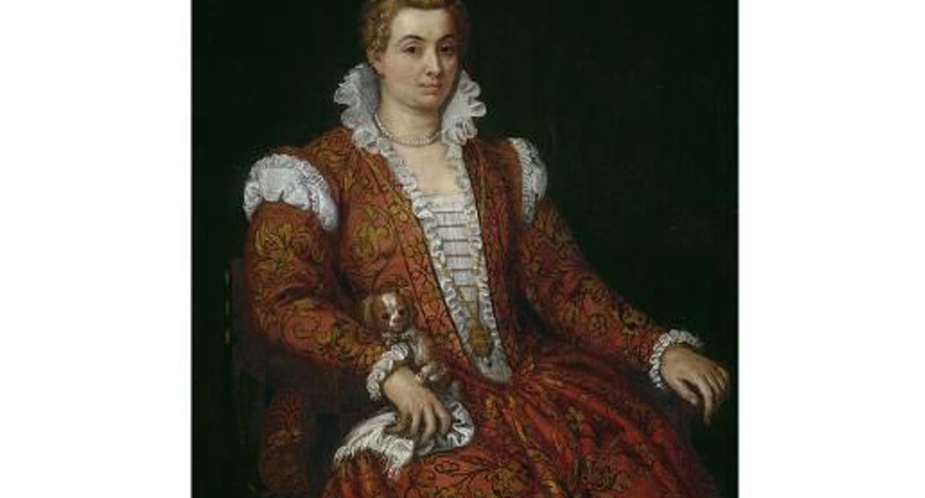 … ornamented garment began to be called a “waistcoat” which was made of two or more layers of heavy linen padded together and quilted.   It was worn with a short basque that had eyelet holes into which hose were laced.

(Portrait: Early in the 16th century, women dressed as men and were portrayed as such, so that in portraits of the era it is hard to tell one from the other with all the padding and structure; particularly through shoulders and chest)