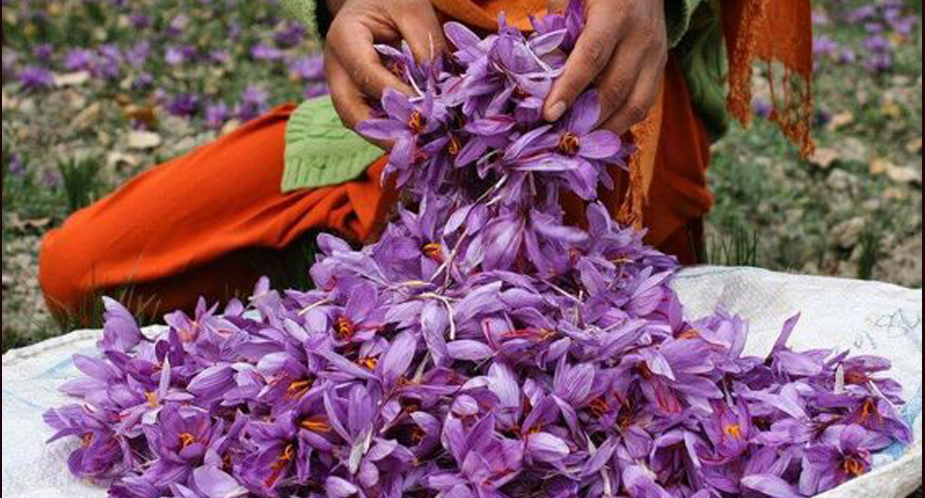 …like “Red Dye No. 2” which is used in food today.  It comes from a female insect which lives on cactus in southern areas of today’s U.S. and Mexico.  It has been a favorite dye for orange/reds for centuries.

Indigo, which made the deep blue/greens of military coats (like blue jeans) was being grown in the south with some success, although it didn’t flourish in the Colonies.  The use of North American indigo was widespread, and that blue would be one of the favorites 100 years later during the Civil War.

(photo:  the center of the saffron flower was and is used to make lovely yellows and oranges)