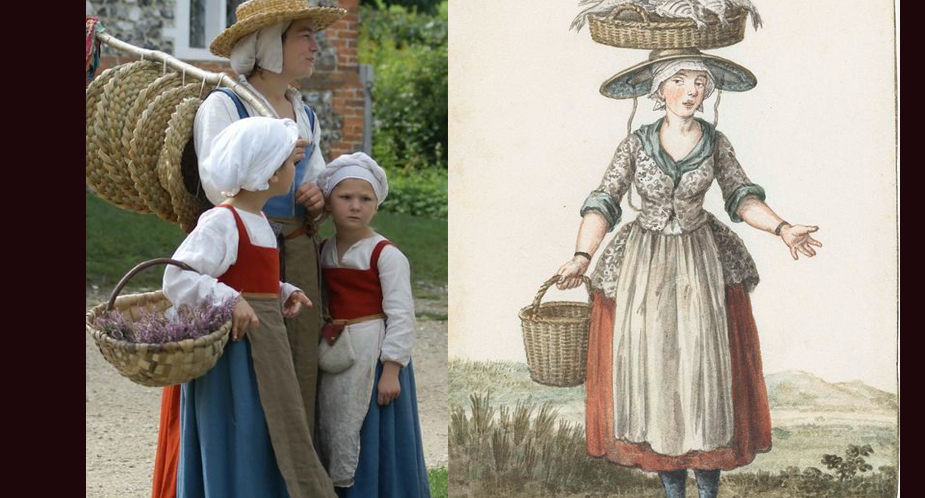 …there were people from royal governors to indentured servants and slaves and everyone in between living in what would become the United States before, during, and after the Revolutionary War.  In the 1770’s upper classes kept up to date on what was in fashion in England and France from imported garments, letters, news from travelers, and dressmakers or tailors moving into the region.

(Modern re-enactors depicting basketmakers in 1773-76, and historical sketch of same)