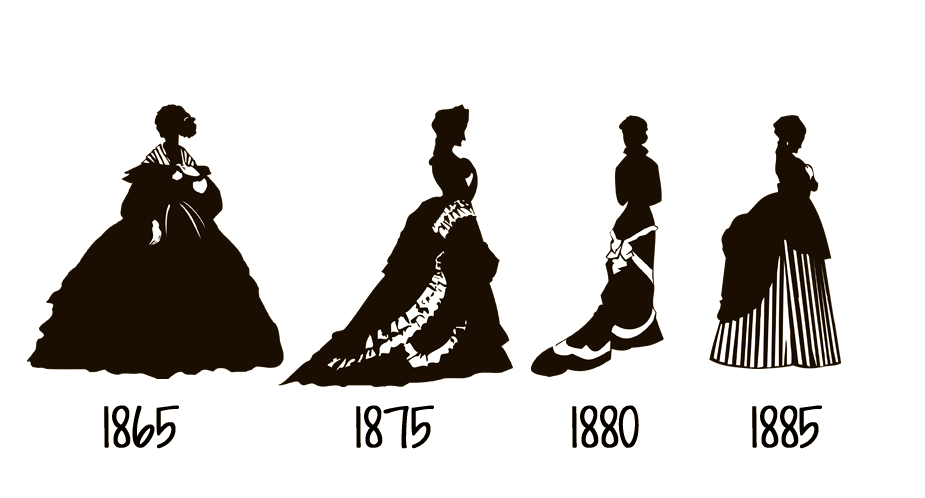 .. Quick review.  We have studied the design features of the early Victorian era (diminuitive women, fitted and changing bodices, increasingly larger skirts, and special collars and sleeves), defined what happened that made it change into mid-Victorian (designers, synthetic dyes, the sewing machine, and the crinoline), and launched into the first bustle era (mid-1870’s).  We then talked about the Natural Form Era which was a brief 3 year period between bustle eras (in which large women looked pretty bad), and how that turned into the 2nd bustle era of about 1880 (in which large women looked pretty good) where we are today.

Historians record TWO Victorian eras: early and mid-to-late based on societal issues such as the rising power of women, but we actually see THREE.  We count the 1880’s as part of a MID-Victorian era because fashion of the 1890’s made a complete change of silhouette, and we are all about the SILHOUETTE. 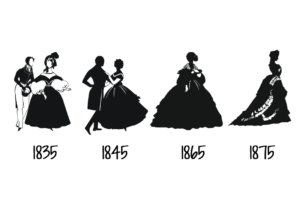 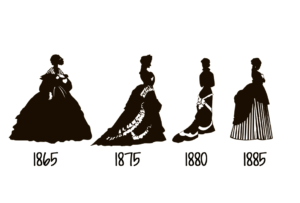