Skip to content (Press Enter)
Home > Fashion History Blog > According to Historians, the 2 Victorian eras were… 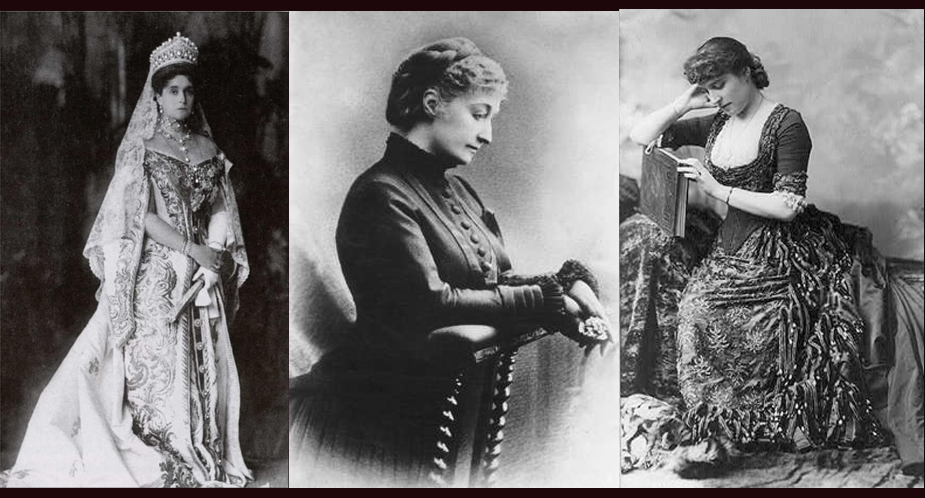 We pick up where we left off, with the huge structural contraptions holding out copious amounts of fabric over the rear end, a long princess seamed bodice with skirt, front “apron/tunic/drape” decreasing in importance and size, and, the cuirasse bodice tightly fitted like armor.

We also introduce 3 characters leading fashion in Mid and Late Victorian eras in addition to Victoria: Princess Alexandra of Russia (towards the end), Empress/wife of the President, Eugenie of France (throughout), and Lillie Langtry of America/Britain (in the middle).