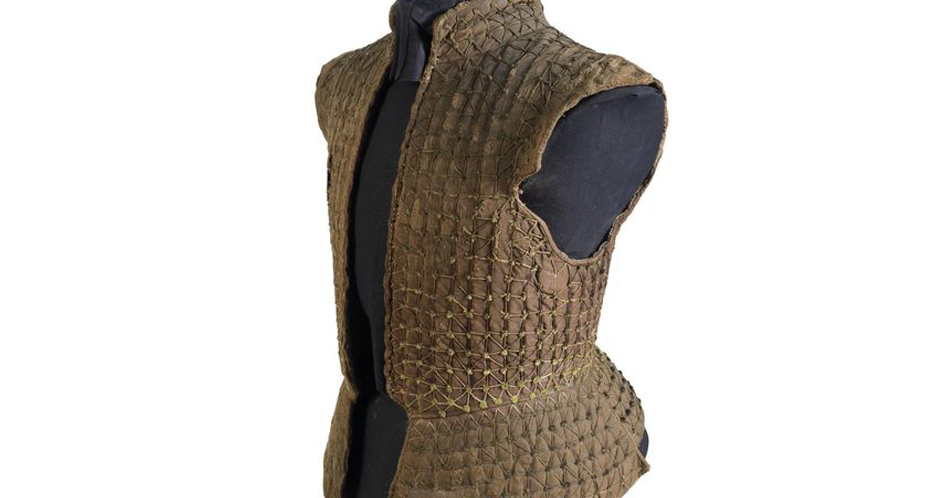 … the padded under armor for men that influenced tailors though to develop an outerwear for both men and women.  A diagonal basting stitch called the “padding stitch” began the art of corset making.

The “Jack”, a stout leather jerkin with attached metal studded sleeves and thigh sections, is believed to have initiated the idea for similar female stuffed, padded, and metal bodices for women.  A “body” was developed from layers of linen, or for women of highest status, metal cages.  Some were padded and stitched garments with whalebone stiffeners.  Whalebone had been available since the 15th century.