Research done on the Hannah Boone 1790 character included decisions as to what would be available, possible, & desired by the character.  Because this was a transitional time between 3 fashion eras, we had to narrow down the selection to either elements from some or all, or to eliminate & focus on one.  Shelly decided to focus on the earlier period as it would have been modified by an older woman who was adapting what she already knew to be as fashionable as possible without being too daring with the new (rather bare & abbreviated) styles of the next era.

The first decisions were to decide which type of typical garment would be depicted.  At this time there was the basic “sacque” robe (dress), which had been expanded by the English & the French into the various “Robe a l’anglaise””a la francaise”, “a la turque”, etc. 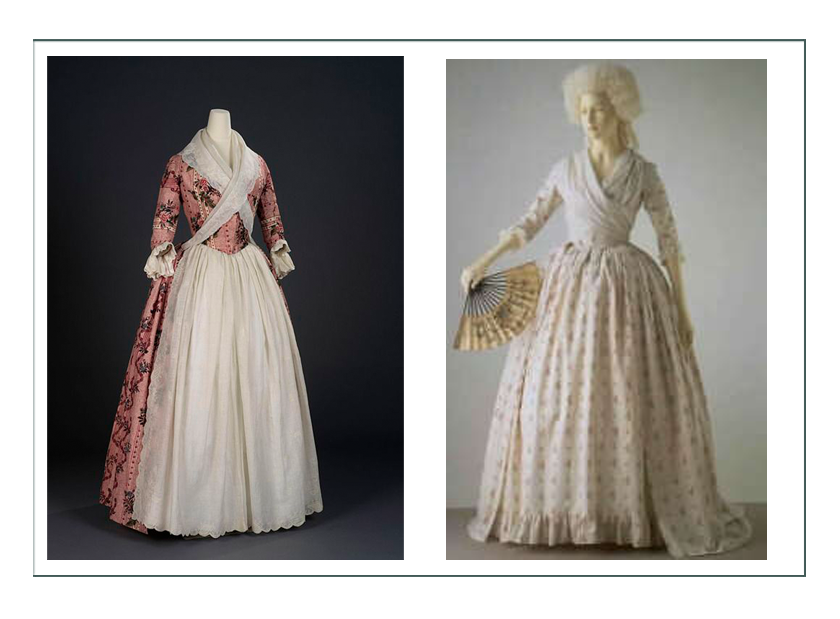 Based on historical research, we selected the “Robe a l’anglaise” (above) 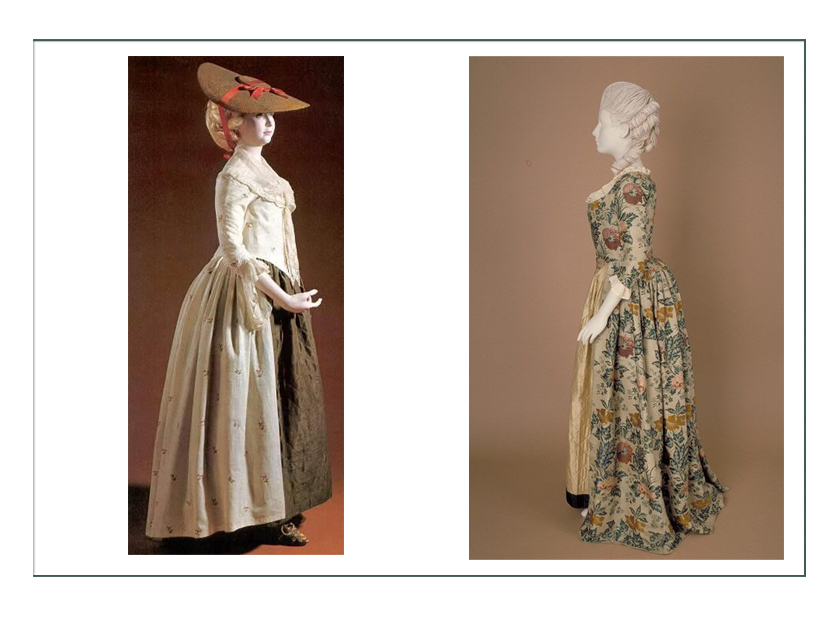 The “Robe a l’anglaise” branched into several types of garments which look quite a bit alike to the untrained eye.  The differences were largely due to sleeve type, length, shoulder & sleeve construction, method of piecing bodice & skirt (or keeping it in one piece such as the earlier “sacques”), pleating method, height of waist, how pointed rounded or straight the bodice front & back are, & the construction of back & front bodice seams (whether they have side back seams, etc.).  Discussion on this is in the two fashion era sections 1761-1778 & 1779-1793.  Picture above is a “Robe a l’anglaise” & a “Levite” version. 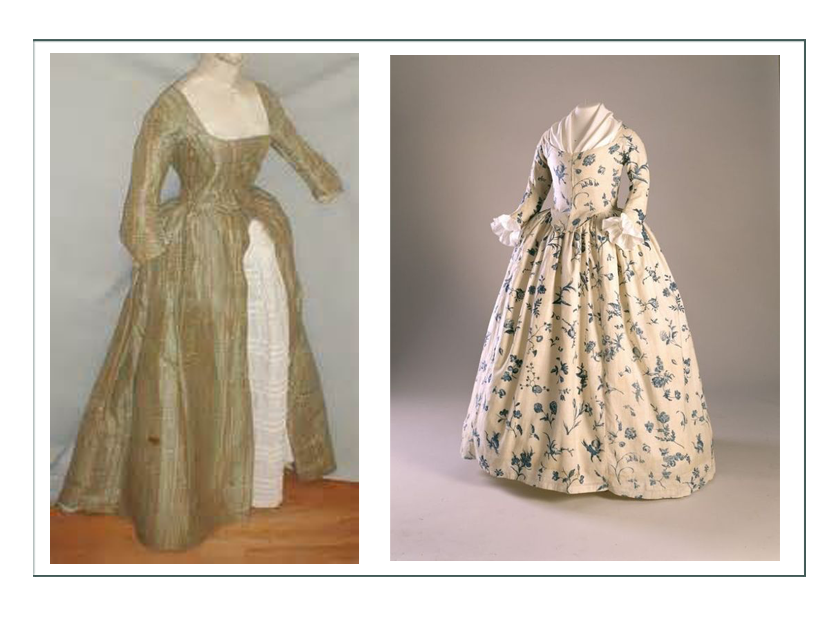 It seemed likely our character would have liked the simplest form, & the earlier version of “l’anglaise”, the “Round Gown”.  This was a somewhat tailored version with a slightly high waistline (to hide tummy bulges from having many children).

Skirt lengths, while typically used to show status, took a hike in the early 1790’s for fashion.  We decided to depict a Round Robe with ankle length, hidden stomacher, 3/4 sleeve, ruffled low bodice, 2 piece yet attached bodice/skirt, multiple under petticoats, standard cone stays, open robe (front), & to elaborate with accessories. 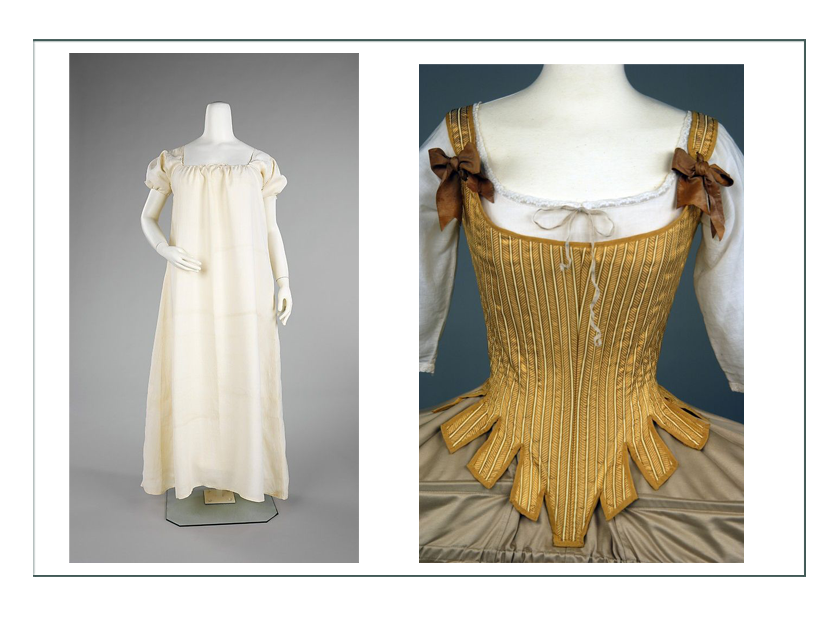 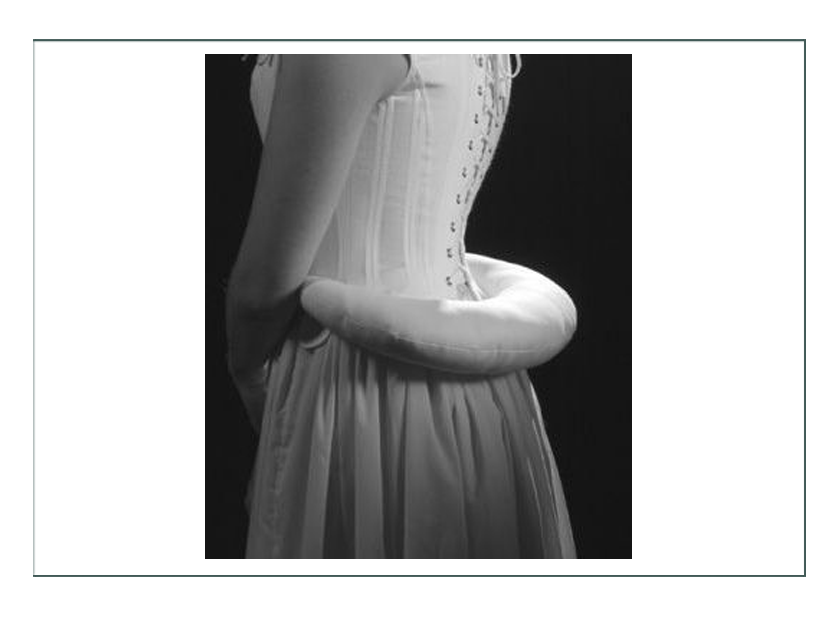 Choosing a slightly earlier version of stays, we had to decide between the fully boned reed & half boned whale/reed version of this transition.  We decided to try both.   The chemise of the era was shorter to accommodate the shorter length.  While understructures were going out of style quickly, this character would have wanted to hang on to some of her past.  The half-moon “rump” or “rump pad” replaced her more round-the-body “farthingale type” pad she would have worn, or that high fashion would have still been wearing small panniers. 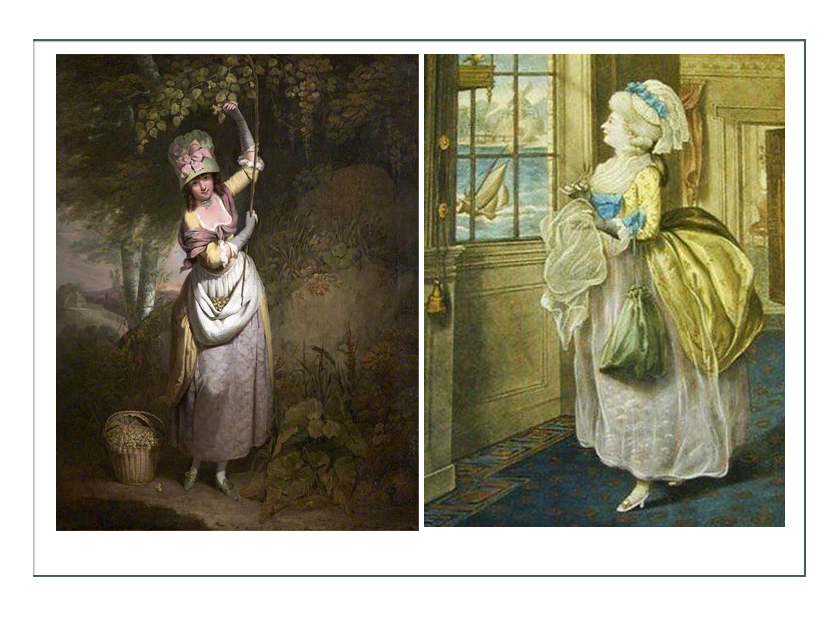 Having the underlying structure, basic silhouette, & type of gown selected, we went hunting for accessories.  Shelly decided if she wore a huge mobcap, like the women of the era, she wouldn’t have to show her hair.  In Shelly’s case it saved her from having to buy a wig (for historical women, it saved them from having to wash their hair). 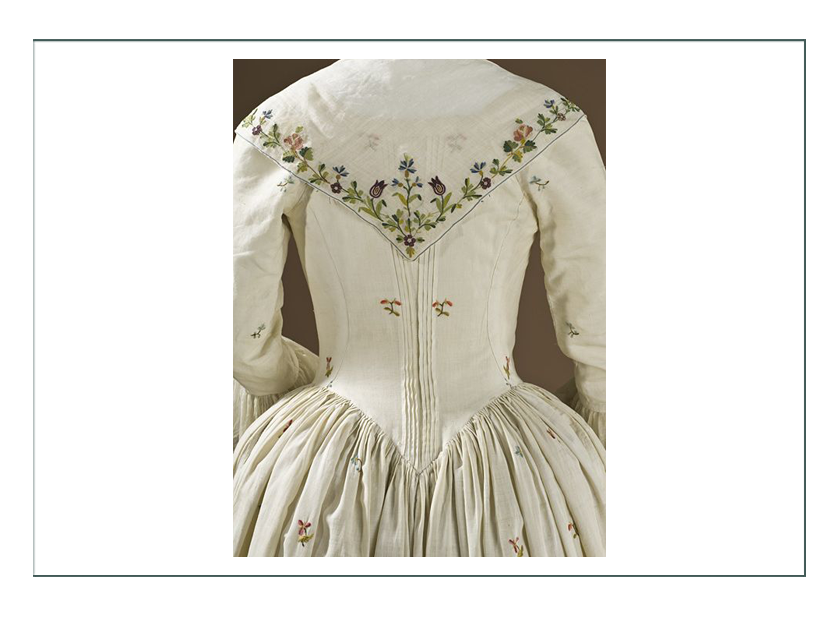 Shelly also fell in love with an embroidered fichu, so we made her one.  Her “every day” fichu would be plain and tailored, but she would have one so the ensemble could be used for “dress up” too. 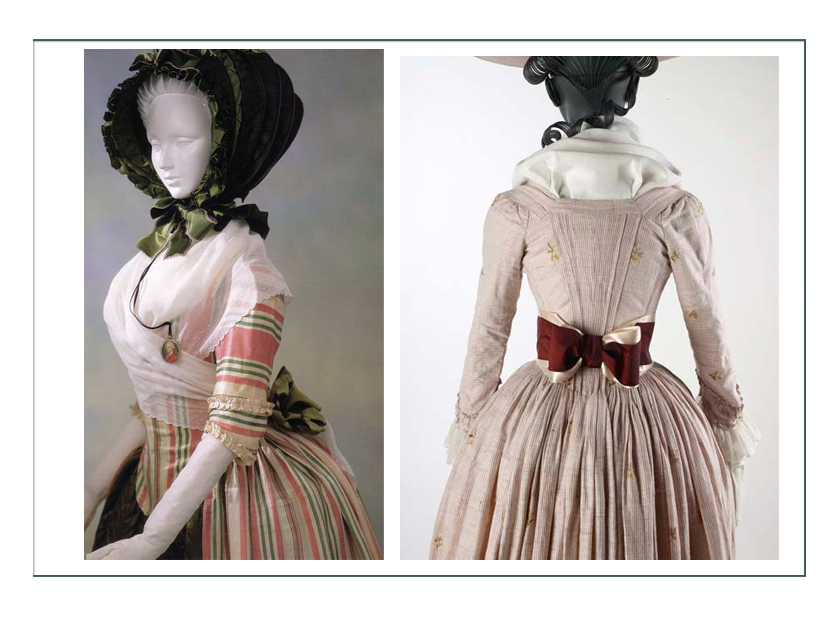 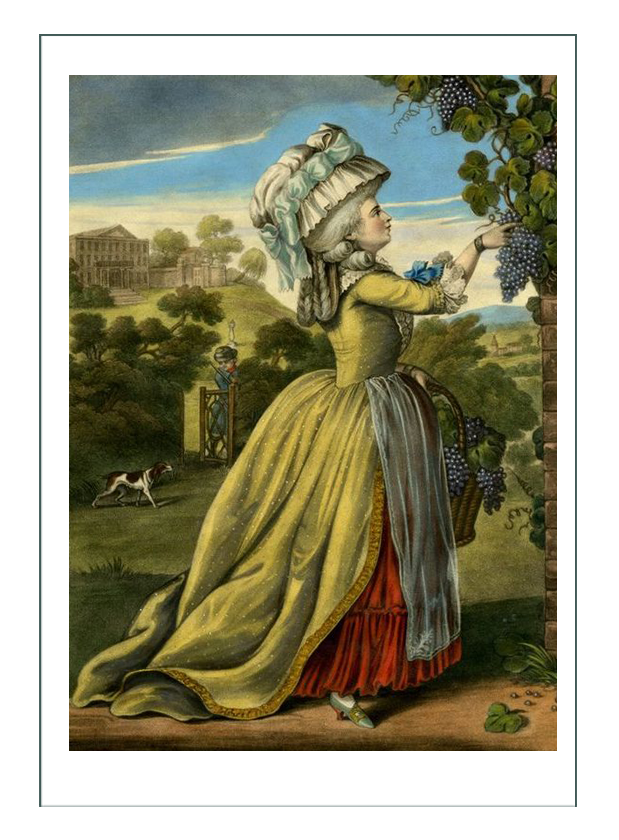 When all was complete, our character would have a silhouette much like this, but with the later shorter robe.

Click here to go to Shelly’s Design Development page (next)